The Promotion Of St Francis Is Vital For Our Times 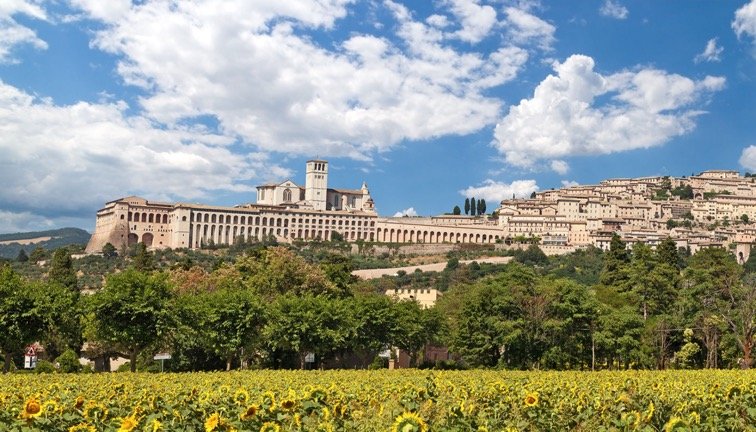 There are those, even in the Franciscan Order, who would say to us, “Why do you promote St Francis? You should be promoting Christ!”  To them I want to say, “Let us be absolutely clear right from the start, we cannot promote St Francis of Assisi without promoting Christ!” This is because St Francis of Assisi is so utterly transparent, that he is a wonderful reflection of Christ and without Christ he is a piece of broken glass, a ragamuffin, a complete fool. However, anyone who refuses to understand this simply does not know St Francis at all. He is a mirror, like all saints, reflecting Christ in his own time and like a mirror reflecting the sun he has given to us a Way and a Light that through the grace of the Holy Spirit has given us so many Franciscan saints in every age since his time.

St Francis leads us, by his way of life, his prayers and his mystical experience, directly to the suffering crucified Saviour, who is at once our “brother” and our God – our suffering and delight on the way of perfect joy.  If we have a true appreciation of St Francis and his spirituality, we will understand that the person and the message of St Francis of Assisi is vital for our times.  His titles: Patron of Peace, Patron of Animals, Patron of Nature, Patron of Ecology, place him before the entire world, as an inspiration for the tasks of the 21st Century. It is this belief in the universal appeal of St Francis for peace and fraternity, held in common by so many people, that welcomed the Franciscan initiative to the United Nations.

If the message of St Francis is to give the world new insights and hope, as we face the challenges of this Century, then we must promote the person of St Francis by initiating various ways of sharing his message. These days, plans, retreats, literature, projects and various means of media will spread knowledge about his life, his vision and his spirituality among the people and especially the young, who are looking for a clearer vision for the world. St Francis was unique.

Elizabeth Goudge began her life of, St Francis of Assisi, with the memorable words:

It is never the beginning of the story to say a child is born, nor is it the end to say a man had died,
for long preparation leads up to every birth,
and a death leaves behind it a power for good or evil,
that works on in the world for longer than the span of life from which it grew.
In the case of those whom we call the saints, this power is immeasurable…
In this life we cannot know how much we owe to saints we have never heard of,
or to saints who live with us unrecognised,
but there are a few saints whose light sends such a beam through the darkness
of this world that the darkness not only cannot extinguish it,
but is forced to recognise it and cannot forget it. Francis of Assisi is one of these.

The light of St Francis, entrusted to the whole Franciscan Family, is its greatest treasure and the reason for its existence. This treasure, found in his writings, and the many legends of his life, preserves the memory of St Francis. Today, perhaps more than ever before that heritage has been collected, critically translated, edited and presented to us in our own languages for everyone to study. This study is important if we are to understand the mind and heart of the “Poverello of Assisi” and give life to his spirit in the world today and lead others to Christ by the way of St Francis.

If the vision of St Francis is clearly presented, it will give a special clarity to the movement towards universal fraternity among peoples, races and creeds. This was clearly the aim of Pope John Paul II and again Pope Benedict XVI, when they invited the leaders of the world’s religions to meet with them in Assisi at the shrine of St Francis and pray together to the creator God for the wellbeing of all peoples and for peace on earth. Despite theological differences, historical animosity, and cultural diversity, these men and women of faith came together in an extraordinary, symbolic gesture of good will and fraternity at the tomb of St Francis of Assisi, who called even the sun and the moon his brother and sister.

St Francis’ message of universal love and brotherhood calls out to all of us, to respect the dignity of each person, indeed every creature. It calls for a justice, which recognises the essential equality of all people, for a genuine reconciliation, forgiveness and the rebuilding of trust which flows out of compassion, by a generosity and self-sacrifice that comes from a sincere love of others, and a hope that recognises the potential in every person for the good. This message of universal love will give peace of heart to all people who accept it.

The Franciscan message is vitally important for the whole world, but it is especially important for Australia. We are a multicultural nation where the values of universal fraternity are essential if we are to respect and even to delight in the differences and variety of the people who enrich our lives. While we Australians show ourselves in many ways to be a magnanimous people, our prosperity has cushioned the negativity that can rise in difficult economic times. Let us not be complacent about this, or the future will find us a nation beset by civil troubles. The message of universal fraternity and the fundamental dignity of every person is a life-giving message for the 21st Century.  The exploitation, or abuse of the just rights of our brothers and sisters, our fellow citizens, is nothing less than an open door for our personal exploitation and the abuse of our own children somewhere in the future.

Let us understand, then, that this Gospel message of universal love, so clearly given to us by our Lord Jesus Christ, and reiterated again so wonderfully in the Poor Man of Assisi, is a message for all time. St Francis, like all the Saints of God, makes the Gospel message of fraternity sparkle in a special way. He adds his own flavour to it. In his rather Italian way, which is poetic, beautiful, dramatic, yet utterly down to earth and fraternal, St Francis brought the Gospel to life again for the people of his time.

We, who call ourselves Franciscans, must understand that this message, which has the power to change us, is greater than we are.  The torch is passed to us and we must pass it to others.  The message of fraternity needs to be heard.  Like drops of rain in a river, if we add our small effort to it, the Gospel message of universal fraternity, revitalised by our cooperation with the Holy Spirit, will continue to go out to the entire world. It will, as it has done in the past, help to shape the world into being a better place.