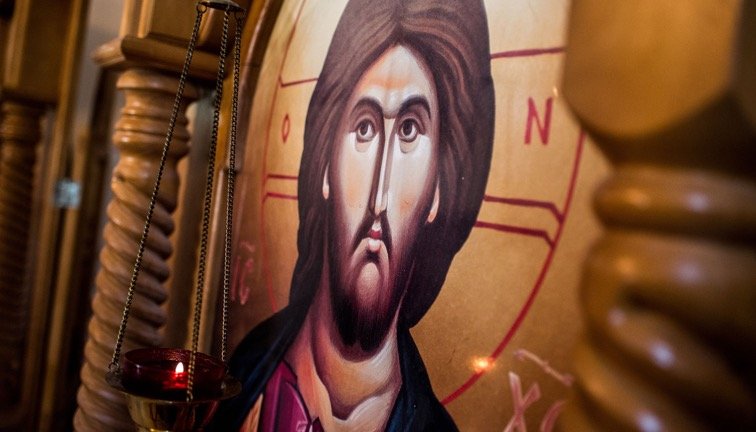 Every Sunday, we recite the Creed:  “I believe in Jesus Christ God’s only Son, our

Lord.” “Jesus”, in Hebrew, means, “God saves.” “Christ”, in Greek, means “the one whom God has set apart and anointed for a special task.”  Here, the task was to save his people so, “Jesus” and “Christ” mean much the same in Hebrew as in Greek.

“God’s only Son” means that the true father of Jesus was God and that Jesus is God, not merely a man very dear to God. Jesus is “our Lord”, which is another way of saying that Jesus is God because the commonest word for God in the Old Testament is “Lord.”

We firmly believe that Jesus is God, but, of course, our reasons for belief can always be made more precise. Our belief and our surrender to the consequences can always be intensified.

Christian faith in the divinity of Jesus has been weakened, especially among some non-Catholic Christians.  But some Catholics have also been affected.

The most serious challenge has come from modern scripture studies which have questioned some of the arguments that were generally accepted in favour of the divinity of Jesus Christ.

Theologians specializing in scripture studies have always speculated and still do. If their speculations were confined to the specialists while they sorted out their ideas and not blared them out prematurely in the newspapers, a lot of confusion would be avoided.

However, there has been a very sound and well-informed progress in scripture studies in modern times. We are deeply indebted to the scholars who have appreciated their responsibilities and have faced up to truth where they found it.

The Gospel according to Mark is considered to be the earliest canonical gospel to record the words and actions of Jesus Christ.  When the strictest principles of modern criticism are applied to it, we come up with a picture of Jesus as a person who was truly a man and truly God.

Jesus behaved like a prophet and he possessed the powers of a prophet.  At this level, he attacked false religion and man-made commandments that were opposed to God’s plan.  He removed moral obstacles that hindered the people’s approach to God.  He cast out demons and he had power over sickness and death. The great Old Testament prophets before him, for example, Elijah (1 Kgs 17:17), had some or all of these powers from God. The same powers exercised by Jesus show that he was the greatest of the Prophets, but they do not thereby prove that Jesus was God.

More important, Jesus knew he was sent from God for a special task.  He knew that he was the long-awaited Messiah, the Saviour of his people.  His name, “Jesus”, meant just that.  But he was a spiritual saviour who would conquer Evil and sin and death, not an army general who would conquer Rome.

When he fed five thousand miraculously on a few loaves of bread, they recognized him with certainty as the Messiah-Saviour sent from God.  But they didn’t expect that the Messiah would be God.

Most important of all, Jesus gave excellent reasons for others to believe that he was God.  He had power over all creation and powers reserved to God alone.  Remember the storm on the lake:

He woke up and rebuked the wind and said to the sea, “Quiet now. Be calm!!” And the wind dropped and there followed a great calm.  Then he said to them “Why are you so frightened? Are you still without faith?” They were overcome with awe and said to one another “Who can this be? Even the wind and the sea obey him.” (Mk 4:39-41).

There could be only one answer to their question. Creation responded to its Creator. Jesus is God.

The Resurrection is the greatest reason for our belief in Jesus Christ, God’s only Son, our risen Lord.  St Paul says, ” if Christ has not been raised, then our preaching is without substance, and so is your faith” (1 Cor 15:14).

We have compelling reasons, derived from the Scriptures, to believe that Jesus is God. We haven’t mentioned the Acts of the Apostles that is full of witnesses, or the Gospel according to John which was written precisely to witness that Jesus is God.

At the end of the Eucharistic Prayer, we have an act of faith in the divinity of Jesus:

“Through him, and with him, and in him, O God, almighty Father, in the unity of the

Holy Spirit, all glory and honour is yours, for ever and ever.”

Let us often renew our faith in Jesus Christ who is God and surrender to the consequences of our belief.