The History Of Project Adoption – Part 1 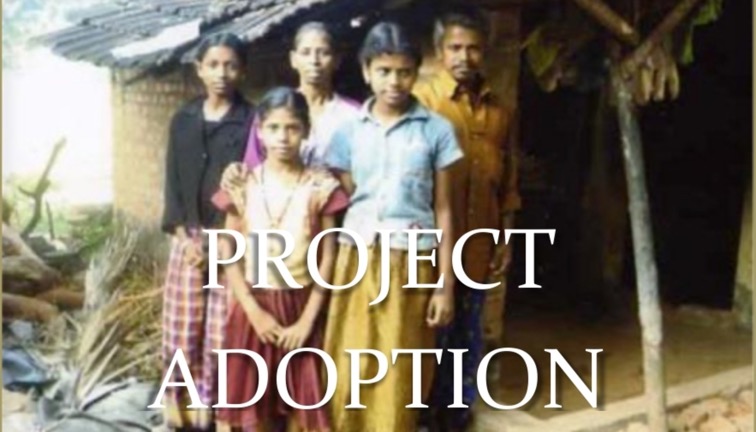 Alan J. Ouimet, O.F.S. was the founding president in the USA of the Franciscan Family Apostolate. Their Web Page is to be found at  www.franciscanfamilyapostolate.org There you will find the following outline of the life of this extraordinary Secular Franciscan:

Alan joined the Secular Franciscan Order in 1967 and consequently founded, four years later, the Franciscan Family Apostolate (FFA) to assist the destitute poor in India in 1971.

A native of New York City he graduated from Saint John’s University with a BA; he later earned his MA from the University of Connecticut. When Alan started his work helping the poor, he was employed as a Special Agent of the Federal Bureau of Investigation (F.B.I.) He retired, after 31 years in 1988, to give full attention to the Franciscan Family Apostolate.

Since his retirement, Alan was a founding director of the Connecticut Urban Education Foundation which assists educating at-risk children in New Haven’s inner city. He was a founding director and chairman of the Heart 2 Heart Foundation, USA founded to care for HIV/AIDS children in Kenya. He was a trustee on the Board of Trustees of the Society of Former Agents of the F.B.I. Foundation assisting members of the F.B.I. Family with financial and educational needs.

Alan has been honored with several awards for his work among the poor in India. In 1987 he was awarded the Bene Merenti (Well-Merited) Award by Pope John Paul II; in 2003, the Humanitarian Award of the Society of Former Special Agents of the F.B.I.; he was a nominee, in 2010, for the Saint Francis Peace Award of the National Fraternity of the Secular Franciscan Order.

Alan is married and has four children and seven grandchildren. He joined the Secular Franciscans and became involved with the poor to fulfil a promise he made upon hearing his wife, Mary while carrying their second child had a tumor.

In India, in the State of Kerala, Alan Ouimet saw such a great need in 1970, that he sought help also from tertiaries outside the United States.

Australian Secular Franciscans, Vince Caruana sfo[1] and Tony O’Shea sfo[2] from the Sacred Heart[3] Secular Franciscan Fraternity of Kew in Victoria took up the challenge, and Project Adoption was born here in Australia.

The following is from the booklet “The History of the Third Order in Australia” by Jenny Gibson SFO:

In September 1971 a scheme for adopting destitute Indian Tertiaries and their families was announced. The scheme entailed a regular monthly remittance of $5 to provide the bare essentials of life for one poor family.[4]

Twelve months later it was reported that Australian Tertiaries were sponsoring 35 destitute Indian families. During the appeals first financial year, $1234.50 was raised for Project Adoption. [5]

At the 1973 Third Order Congress, Tony O’Shea ofs outlined the institu­tion of Project Adoption and its method of functioning.

“Instituted by Alan Ouimet, T.O.S.F., of New York, U.S.A., who made contact with the Third Order in Trichur, Kerala State, India, and learned of a great numbers of our fellow tertiaries living in extreme poverty, Project Adoption was launched in America in January 1971.

“A plan was conceived whereby individual tertiaries, groups of ter­tiaries or a fraternity could contribute $5 per month to ‘adopt’ the family of a destitute tertiary in Trichur. The families selected are so poor that this approximately doubles their monthly income. A more personal touch is given by sponsors receiving personal details of their adopted family and letters pass between sponsor and family.

“The apostolate has become a truly international one of almost 400 sponsors, 40 of whom come from Australia. Administration of the Apostolate in this Province is in the hands of Vin Caruana, T.O.S.F., and Tony O’Shea, T.O.S.F., both of Sacred Heart Fraternity, Kew, Victoria. They receive the monthly contributions into a special bank account and remit them in a lump sum each month to India.”[6]

At the 1976 Third Order Congress, the Victorian Regional Council reported: “Project Adoption families of Franciscan Tertiaries living in the Kerala State, Trichur Diocese, India, has continued and 55 families are now being assisted by Tertiaries in our Province. Some families are now able to support themselves and have requested that other more needy families be assisted, and the group allotments have been adjusted accordingly.”[7]

Vince Caruana sfo with the assistance at the beginning of Tony O’Shea ofs managed Project Adoption from 1971 to 1982. In all for nine years.

In 1982, when Nancy Treacy sfo took over, as Vince’s family commitments became more pressing. Nancy faithfully served our National OFS Charity for more than 12 years. Then she handed it over to Joe Davis sfo, who was sometimes assisted by Audrey Payne sfo.

Without the wonderful work of these Secular Franciscans: Vince Caruana, Tony O’Shea, Nancy Treacy, Joe Davis and Don and Cath Spongberg and the generosity of many, many people, Project Adoption would not have flourished as it has done.

“All that is not given is lost.”
(Indian proverb)

[1] Vince Caruana OFS, was professed in to the Sacred Heart Fraternity at Kew. He later attended Springvale Fraternity for approximately 2 years but has been in a Nursing Home in Victoria for about 3 years. Helen Britton and others have visited him, but he is now unable to speak although he followed the prayers they said with him.

[2] Tony O’Shea ofs was professed into Sacred Heart Fraternity. He no longer attends meetings and we have lost touch with him.