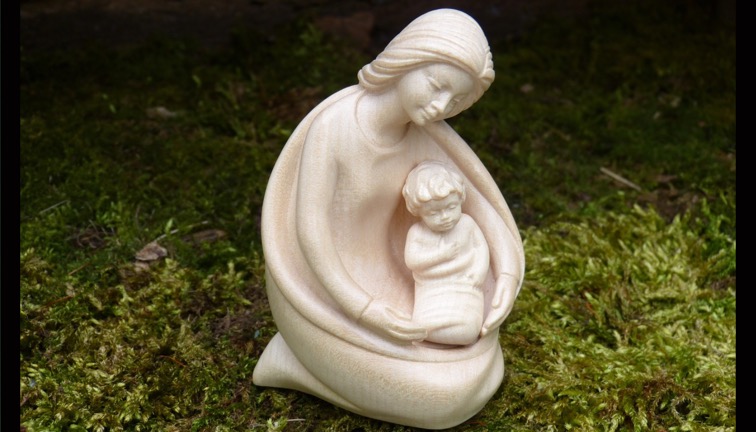 “How Should an Order like the OFS be managed at all levels?”

When Saint Francis recognised that, among the friars there was a problem in exercising authority in the Order, he turned towards the model of a family rather than to the power of hierarchy. Yes, the Order would have to abide by Canon Law and would have to use Canon Law structures as an Order within the Catholic Church, but Saint Francis had a new vision based on the Gospel life, and he refused to accept the Rule of Saint Benedict or Saint Augustine.  [1] He did not wish his Order to follow the community structures of the monks, but rather the evangelical, itinerant life of Jesus and the Apostles. He said he was called to live in “simplicity and humility” that the Lord wanted him to be a fool in this world. [2] His Order ultimately became a new family in the Church. The word “family” here is not just a description. It is a spirituality of relationship.

To this end, Saint Francis constantly says that those in charge should act towards the others as in a family, as a mother towards her children. In Chapter 9:10 & 11 of the Earlier Rule Saint Francis says: “Let each (person) confidently make known (their) need to another that the other might discover what is needed and minister to (them). Let each one love and care for (the other) as a mother loves and cares for her son (or daughter) in those matters in which God has given (them) the grace.” The place where Saint Francis sets up the whole fraternity as a structure of mother and children is in his Rule for Hermitages. The mothers take care of running the place while the sons live a contemplative life.

In the Letter of Approval of the new OFS Rule, Pope Paul VI, taking his cue from the very first chapter of the New Rule, uses a special Italian word to describe the origins of the Secular Franciscans. Let me give you the Italian first and highlight the word, then explain what I mean.

The whole sentence has been officially translated for English-speaking Seculars this way, and, take note, without any reference to this word:

The Seraphic Patriarch Saint Francis ofAssisi, during his life and even after his beautiful death, not only attracted many to serve God in the religious family founded by him but also drew numerous members of the laity to enter his communities as far as possible while remaining in the world.

It is also translated with seno still in the text:

The Seraphic Patriarch St Francis of Assisi, while he was in this life and even after his precious death, has encouraged many to serve God in the bosom/womb of the religious family founded by him, but has also attracted numerous lay people to enter in its institutions remaining in the world as far as was possible.

The wording of this text is not as direct and clear as I would like it to be. The words “but has also attracted numerous lay people to enter in its institutions” does not convey directly that Saint Francis founded the Secular Franciscan Order as a third and authentic way of living the Franciscan way of life. This direct founding by Saint Francis is extremely important to our understanding of how we see the Secular Franciscan way of life as an authentic way of Franciscan life.

There is a derogatory tendency to explain the first, second and third order as if we were describing a horse race. In fact, all the wonderful forms of religious life that follow the Franciscan Third Order Rule are authentic expressions of Franciscan life. We need to celebrate the richness of the Franciscan tradition that gives birth to such a variety of charisms.

It is the word“seno” however that is my focus. It seems to be important to our question: “How should an Order like the OFS be managed at all levels?” This motherly or feminine image is in both the Rule and the General Constitutions of the Secular Franciscan Order. We find this word in the Italian text in Article 1:2; Article 62; Article 66; and Article 70. In the same sentence, the Secular Franciscan Order is said to belong to the same “family” indeed of having “a special place” [4] in this family. In these texts, the English greatly lacks the sensitivity of the Italian text. The Italian text uses the word “seno” to describe a relationship. What does it mean?

The word “seno” is the same in both Italian and Spanish, and it is richer and warmer than the word “heart” in English, in the sense of “core reality”. It is a little more interesting even than “bosom” as we see in the third translation. It would be better to say, with all the Latin emotional expressiveness of “seno” that the Secular Franciscan Order came to birth from the loving heart, core or even more evocatively, the womb of the religious family founded by Saint Francis. Saint Bonaventure would take this one step further and say it was born, as was the whole Franciscan way of life, out of the spiritual womb of Saint Francis himself.

Saint Bonaventure in speaking about the beginning of the Order tells us that Saint Francis turned to the Blessed Mother and asked for her intercession, and so the whole process was like a conception and a birth:

While her servant Francis was living in the church of the Virgin Mother of God,
he prayed to her, who had conceived the Word full of truth
imploring her with continuous sighs to become his advocate.
Through the merits of the Mother of Mercy
he conceived and brought to birth the spirit of the Gospel.[5]

Later Saint Bonaventure writing about the vocation of Bernard of Quintavalle calls him “the first-born son of our blessed father.” And then he tells us, “God’s servant (Francis) was filled with the consolation of the Holy Spirit over the conception of his first child.”

In the first Chapter of his Exhortation to the Brothers and Sisters of Penance, Saint Francis used mystical terms to describe the Secular Franciscan way of life. In commenting on the words of the Lord Jesus: “Who is my mother, and who are my brethren?” (Matthew 12: 48 – 50.) Saint Francis gives us what becomes a Canticle of Relationships:

O how glorious it is to have a holy and great Father in heaven!
O how holy, [and] consoling to have such a beautiful and wonderful Spouse!
O how holy and how loving, gratifying, humbling, peace-giving, sweet,
worthy of love, and, above all things, desirable
to have such a Son, our Lord Jesus Christ.

Saint Francis is talking about the essence of Secular Franciscan life as being children of the Father, spouses of Jesus Christ, conceiving and being impregnated with the Word of the Gospel, and bringing Christ to birth through the good works we do. It is quite an extraordinary vision given to us in few and simple words. However those who think that this mystical explanation is really too much, need to take a look at Saint Bonaventure’s commentary on the same text of the Gospel. In his short mystical work called The Five Feasts of the Child Jesus,[6] Saint Bonaventure elaborated this mystical process even further than Saint Francis did.

Once you put the Exhortation and the Five Feasts together, you have both Saint Francis and Saint Bonaventure giving you a treatise using the mystical language of relationships, which speaks of a spiritual process; a transformation of the person. The Franciscan vision is for them all about relationships; it is all about love and compassion – on every level.

[1] Legend of Perugia 114 “I do not wish you to quote any other Rule to me, whether that of Saint Benedict, or Saint Augustine or Saint Bernard, or to recommend any other form of life except this way which God in His mercy has revealed and given to me. The Lord has told me that he wanted to make a new fool of me in the world, and God does not want to lead us by any other knowledge than that.” See also the Mirror of Perfection 68. “My Brothers! my Brothers! God has called me by the way of simplicity and humility, and has revealed this way for me and for all who are willing to trust and follow me.”

[3] Pope Benedict XV: Sacra propediem No 4. The striking and immortal services rendered by Francis to the Christian cause, … found, as it were, their coronation in the Third Order.

[4] OFS Rule 1.2; General Constitutions 1:3 “From the beginning, the Secular Franciscan Order has its own proper place in the Franciscan Family”

[6] Eric Doyle OFM translated The Five Feasts of the Child Jesus, with an Introduction, available in: SFO FILES (http://sfo.franciscans.org.au) at sfo13/1faw.htm