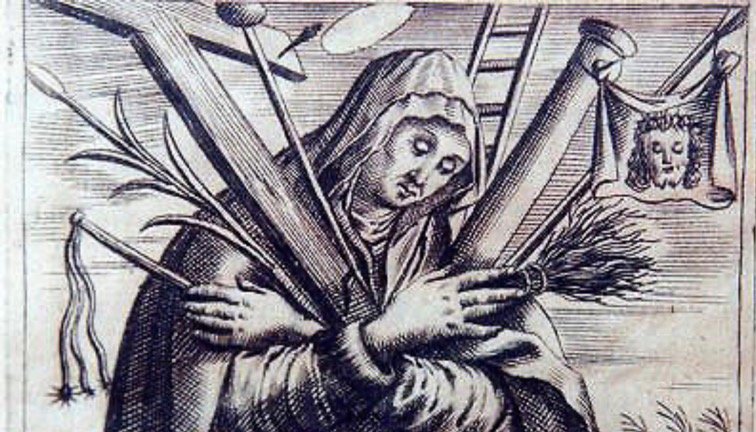 Saint Angela of Foligno
Adapted from the Franciscan Book of Saints; Marion A. Habig OFM

Angela was born in 1248 of a prominent family in Foligno, near Assisi. As a young woman, and also as a wife and mother, she lived only for the world and its vain pleasures. A ray of Divine Mercy however, touched her soul and so strongly affected her as to bring about a great conversion.

At the command of her Confessor, she committed to write the manner of her conversion in eighteen spiritual steps. In her account Angela wrote, “I realised my sinfulness; I was seized with a great fear of being damned, and I shed a flood of tears. I went to confession to be relieved of my sins, but through shame I concealed the most grievous ones, but still I went to Communion. Now my conscience tortured me day and night. I called upon Saint Francis for help, and moved by an inner impulse, I went into a church where a Franciscan father was preaching.”

“I gathered courage to confess all my sins to him, and I did this immediately after the sermon. With zeal and perseverance, I performed the penance he imposed, but my heart continued to be full of bitterness and shame. I called upon the saints, and especially upon the Blessed Virgin, to intercede with God for me.

It appeared to me now as if they had compassion on me, and I felt the fire of Divine Love burn within me so that I co uld pray as I never prayed before. I had also received a special grace to contemplate the Cross which Christ had suffered so much for my sins. Sorrow, love, and the desire to sacrifice everything for Him filled my soul.”

About this time God gave to Angela the suffering she had asked for. Her mother died, then her husband, and soon afterwards all her children. These tragic events were very painful to her. Being released from all ties, Angela was now also freed from the desire for worldly possessions, so that in being poor herself, she might walk in the footsteps of her poor Saviour. She also entered the Third Order of Saint Francis, and became the superior and guide of others who followed in her path. Many women joined her even to the point of taking the three vows. She encouraged others in works of charity, in nursing the sick, and going personally from door to door to beg for the needs of the poor.

Meanwhile, Angela became still more immersed in the contemplation of the Passion of Christ, and she chose the Sorrowful Mother and the faithful disciple John as her patrons.

God permitted Angela to be afflicted with severe and horrible temptations that greatly distressed her soul. The fire of concupiscence, the sins of the flesh, raged so furiously that she said: “I would rather be surrounded with flames and continually roasted, than to give in to such things.” She called out to God: “Glory to Thee, O Lord! Thy Cross is my resting place.” These painful trials lasted over two years; but then the purified and tested servant of the Lord was filled with great consolations.

Angela obtained a marvellous insight into divine things and was very frequently found in ecstasy. For many years holy Communion was her only food, until at last, completely purified, she entered into heaven on January 4, 1309.

Pope Innocent XII beatified her in 1693.

Saint Angela of Foligno pray for us.

To learn more of the life of St Angela please visit this link https://w2.vatican.va/content/benedict-xvi/en/audiences/2010/documents/hf_ben-xvi_aud_20101013.html