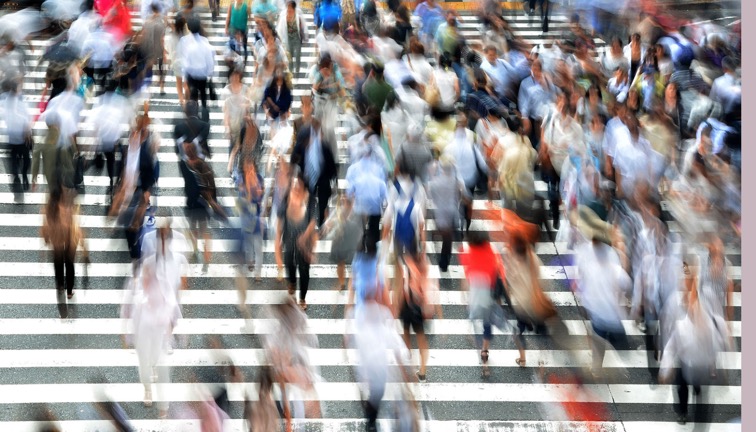 Jesus says in the Gospel according to Matthew: “Go, therefore, make disciples of all the nations” (Mt 28:18). The gospel calls every person who believes in Jesus Christ to spread the Good News. Every Christian is a missionary by vocation.

In 1975, Pope Paul VI wrote a ground-breaking Apostolic Exhortation on this very subject, entitled Evangelii nuntiandi (Proclaiming the Gospel). I quote the passage addressed specifically to “The laity”:

Their primary and immediate task is not to establish and develop the ecclesial community — this is the specific role of the pastors — but to put to use every Christian and evangelical possibility latent but already present and active in the affairs of the world. Their own field of evangelizing activity is the vast and complicated world of politics, society and economics, but also the world of culture, of the sciences and the arts, of international life, of the mass media. It also includes other realities which are open to evangelization, such as human love, the family, the education of children and adolescents, professional work, suffering. The more Gospel-inspired lay people there are engaged in these realities, clearly involved in them, competent to promote them and conscious that they must exercise to the full their Christian powers which are often buried and suffocated, the more these realities will be at the service of the kingdom of God and therefore of salvation in Jesus Christ, without in any way losing or sacrificing their human content but rather pointing to a transcendent dimension which is often disregarded.

Perhaps, it comes as a surprise that the primary and immediate task of the laity is not “to establish and develop the ecclesial community — this is the specific role of the pastors.” Regretfully, some parents have spent more time working for their parish community than with their family.

According to Pope Paul VI, the most important priority of the laity is the family; the second is the situation in which they work; the third priority is their secular community. Only the fourth is the church community. These priorities, however, are not to be understood as exclusive compartments. [1]

“The secular state characterizes the spirituality and the apostolic life of those belonging to the OFS. Their secularity, with respect to vocation and to apostolic life, expresses itself… (in) contributing to building up the Kingdom of God by their presence in their life‑situations and in their temporal activities” (GC 3.1,2).

“Secular Franciscans should consider their own family to be the first place in which to live their Christian commitment and Franciscan vocation (cf. R 17)… The way spouses love each other and affirm the value of fidelity is a profound witness for their own family, the world, and the Church” (GC 24.1).

“As the primary and fundamental contribution to building a more just and fraternal world, they should commit themselves both to the generous fulfilment of the duties proper to their occupation and to the professional training that pertains to it” (GC 20.2; R 16).

3.IN THE SECULAR COMMUNITY

According to Paul VI in Evangelii nuntiandi, the third priority of the lay apostolate is the secular community. The General Constitutions locate this priority in the traditional (but not unique) activities of Secular Franciscans: as promoters of justice (R 15), brothers to all creatures (R 18), bearers of peace and messengers of joy (R 19).

“Secular Franciscans should ‘be in the forefront … in the field of public life’ (cf. R 15). They should collaborate as much as possible for the passage of just laws and ordinances. The Fraternities should engage themselves through courageous initiatives, consistent with their Franciscan vocation and with the directives of the Church, in the field of human development and justice. They should take clear positions whenever human dignity is attacked by any form of oppression or indifference. They should offer their fraternal service to the victims of injustice. The renunciation of the use of violence … does not mean the renunciation of action” (GC 22.1‑3).

Brothers to all creatures:

“Following the example of St Francis, patron of ecologists, they should actively put forward initiatives that care for creation and should work with others in efforts that both put a stop to polluting and degrading nature and also establish circumstances of living and environment which would not be a threat to the human person” (GC 18.4).

Bearers of peace and messengers of joy:

“Secular Franciscans … should see to the proposal and spreading of peaceful ideas and attitudes; they should develop their own initiatives and should collaborate, individually and as a Fraternity, with initiatives of the Pope, the local Churches and the Franciscan Family; they should collaborate with those movements and institutions which promote peace while respecting its authentic foundations” (GC 23.1).

Please distribute this Monthly Spiritual Message To all members of your Fraternity, including isolated members