“…may we give witness to the gospel,” 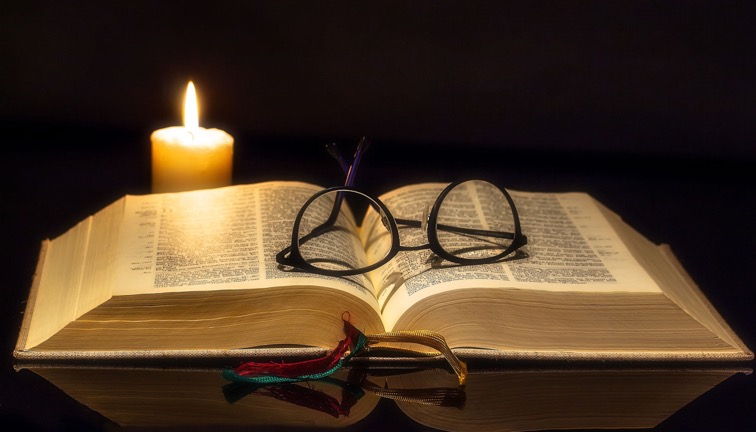 Have you ever thought about just what giving witness to the gospel” means as a way of life? How would you explain “living the gospel” to someone else in simple terms? The friars themselves did not find the question very simple at all.

At the General Chapter in Assisi in 1230, just four years after Saint Francis had died this question, about “living the gospel” in observing the rule of the friars, came up and a deputation of friars among them Saint Anthony of Padua, were sent by the Chapter to see the Pope for an official decision.

Pope Gregory IX, previously Cardinal Hugolino, who was Cardinal Protector of the Order, replied on the 28th of September 1230, by issuing the papal Bull called: “Quo elongati”[1] It is perhaps the most important papal document issued to the friars in their long history. Above all Pope Gregory was a canon lawyer, and he gave a canon lawyer’s answer to the friars.

First, he declared he knew Saint Francis personally and was his friend. Then he dismissed the Testament of Saint Francis as having no power at all over the friars. He declared that since Saint Francis when he issued his Testament had no power,[2] it was only an exhortation. The pope also said that the brothers were not bound to all the counsels of the Gospel, but only to those that are expressly mentioned in the rule, by way of precept or of prohibition. He continued that the brothers may appoint a messenger (nuntius), who may receive money from benefactors and in the latter’s name either spend it for the present needs of the friars or confide it to a spiritual friend for imminent wants.[3] That still left the friars pondering about the Gospel precepts and prohibitions that were in the Rule. Saint Francis had expressly forbidden them to tamper with the words of the Rule or the Testament.[4]

The real clue to the mind of Saint Francis on this matter of living the Gospel is found in line 39 of the Testament with the specifically words, “observe them with a holy activity.”  [5] Whenever Saint Francis uses the words “holy activity” he is invoking the Holy Spirit, whom he later, after the Rule was approved he called: “The Minister General of the Order.”[6] We find this “holy activity” also expressed in these words, “a Spirit of prayer and devotion”[7] which are found in Saint Francis’ “Letter to Saint Anthony” where he speaks about study and also in the Rule of the friars Chapter 5 where he speaks about work. Essentially this holy activity, a spirit of prayer and devotion, is the key to the life of the gospel. By it, Saint Francis teaches us that only by living a personal life of prayer, in constant dialogue with Our Lord Jesus himself, can we begin to live the gospel life. Neither study nor work must get in the way of this intimate relationship with Christ.

Secular Franciscans should devote themselves especially
to a careful reading of the gospel,
going from gospel to life and life to the gospel. [9]

One of the most ancient ways of committing the gospel to memory is to practice Lectio Divina.[10] Daily life in a Benedictine monastery consisted of three elements: liturgical prayer, manual labour, and Lectio Divina. It was this Divine Reading that imbued their lives with the life of the gospel. The Franciscans began focusing on silent meditation and their way of contemplation was to walk right into the moment of the gospel much as one does in watching a three-dimensional film. St Bonaventure writes of Christmas[11] that in our meditation we should go right into the stable: “Let your soul embrace the divine manger, press your lips to kiss the boy’s feet…” at the coming of the Magi he again says: “Join the company of the holy kings…” Let us do so, in the quiet depths of contemplation, and once we are there in the stable adore the little, King of kings. Let us slowly make Jesus the center of our lives – our gospel life.

[1] Papal Bulls are named according to the first words of the Document. Quo elongati means “How far” The beginning of the text is: “How far you have flown away from the world, above yourselves, having taken wing like a dove into contemplative retreat, the more clearly you perceive the darts of sin.”

[2] St Francis himself had transferred canonical power to his Vicar. The first was Peter Catani, who died and was buried near the little Portiuncula chapel. It seems that Peter Catani was so holy that miracles started to happen when people came to pray near his grave and this began to disturb the peace and quiet of the friars. So Saint Francis went to his grave and ordered him under obedience to stop working miracles. Saint Francis’ next vicar was friar Elias of Cortona. It is interesting that Saint Francis relinquished all power and tried to live simply as a friar among the friars. However, the more he tried to be humble the more his example began to shine before everyone. His moral power however increased dramatically in 1224 on the mountain of LaVerna. The Pope had sealed the Rule with a Papal Bull, but then God sealed Saint Francis with the stigmata.

[3] This is an important declaration because it allowed people like Lady Jacoba dei Settesole dei Frangipanni to receive money and hold it on behalf of the friars for their needs.

[4] Testament 38.: “And I strictly com­mand all my cleric and lay brothers, through obedience, not to place any gloss upon the Rule or upon these words saying: “They should be understood in this way.” 39But as the Lord has given me to speak and write the Rule and these words simply and purely, may you understand them simply and without gloss and observe them with a holy activity until the end.”

[5] 39But as the Lord has given me to speak and write the Rule and these words simply and purely, may you understand them simply and without gloss and observe them with a holy activity until the end.”

[6] 2 Celano 193: Whenever Saint Francis was being shaved, he would always say to the one who shaved him: “Be careful: don’t give me a big tonsure! I want my simple brothers to have a share in my head!” Really he wanted the Order to be held in common by the poor and illiterate and not just by the learned and rich. “With God,” he would say, “there is no respecting of persons, and the Holy Spirit, the general minister of the religion, rests equally upon the poor and simple.” He really wanted to put these words in the Rule, but the papal seal already given to the rule precluded it.

[7] Letter to Saint Anthony. “The Saint” p. 107; The Rule of the Friars Ch. V. “do not extinguish the Spirit of holy prayer and devotion”.

[8] The formula “SEE, JUDGE, ACT is called the Cardijn Method developed by Cardinal Joseph Cardijn (13th November 1882 – 1967) a Belgian, who founded the Young Christian Worker’s movement. The word SEE means to look, to become aware, to attend, to the situation you find yourself in. The word JUDGE means to use the gospel as a means of discernment, as a criteria for understanding with the mind of Christ. The word ACT means to do something about the situation, to stand up especially for justice, and the dignity and rights of the person, to act with prudence and compassion, but above all to act as Christ would ast if he was present..

[10] Divine Reading, Lectio Divina, reading the gospel aloud to yourself so that your ears hear the words your lips speak, has been a special way, of commiting the gospel to memory. The idea of Lexio Divina came from Origen of Alexandria to Saint Ambrose to Saint Augustine to Saint Benedict, who established it as a Monastic practice. It was formulated into a four step process by the Carthusian monk Guido II in the 12th century. The method became: read; meditate; pray; contemplate.

[11] Bonaventure in his ministry as Minister General tries to teach the friars meditation and contemplation in his work: The Tree of Life.