Be Instruments of Peace 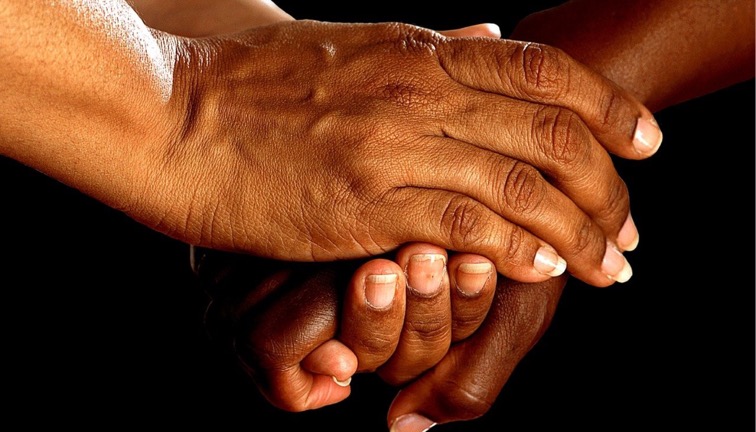 From ancient times, the Church has taught that if you wish to attain peace and indeed become an instrument of peace, then you must begin to master the virtues that are contrary to, and a medicine against, the Seven Deadly Sins.

The first list of terrible temptations (sins) was gathered together from unknown sources among the Desert Fathers[1] by a man called Evagrius of Ponticus.[2] He developed a comprehensive list in 375AD of evil thoughts or temptations, from which all sinful behavior springs. This list was intended to serve a diagnostic purpose to help us identify the process of temptation, our strengths and weaknesses, and the remedies available for overcoming these temptations.

Pope Saint Gregory I, the Great (540 – 604) took these eight temptations and revised them into the list of Seven Deadly Sins. It is a list that we Catholics have, perhaps, all but forgotten today. However, it lies or hides in the background of our lives and feeds into the movies we watch for entertainment and often shows itself in the 6:00 pm News on television. The seven sins are Pride; Greed; Lust; Anger; Gluttony; Envy and Sloth. If you put all these vices into a story for a book, you would probably be well on your way to winning a Pulitzer Prize[3] for drama and a contract for a TV show or movie.

However, to have a happy and peaceful outcome to your story, you will need to know the spiritual medicine, the contrary virtues to these deadly vices. To prove a point, about us not knowing, I am not going to tell you what the contrary virtues are. You could Google them, but I would consider that cheating until you have finished this Spiritual Message.

For example, Saint Gregory changed the name of the seventh deadly sin to Sloth, (laziness) but originally it was much worse. It was called “Acedia” which means: sadness, apathy, carelessness, especially about spiritual things. Acedia can lead to melancholia, depression and even suicide. Winston Churchill called his moments of depression “the black dog” and today we have the Black Dog Institute to assist people with depression. Padre Pio called the black dog that visited him, “the devil.”

Perhaps the sixth temptation is the most insidious because it confuses us so much. We do not know the difference between jealousy and  envy. We think envy and jealousy are the same thing. We often say we are very jealous of someone because that person has a new car or a better house when we mean we are envious of them. You can only be jealous of what belongs to you, and never want to share it with anyone else, whereas you are envious of what belongs to others especially if you don’t have the means of attaining it. So envyand jealousy are often confused. Envy is one of the most deadly temptations in the spiritual life and particularly in Religious life. In fraternity, we can easily get irked, (annoyed, irritated) by the fact that someone is so gifted and makes things look easy while we, lesser mortals, struggle to cope. Unless we know the medicine against it, envy can indeed lead to the most dreadful behavior. It can lead to gossip[4] which may include detraction[5] and slander.[6] It is vital that we know the virtue that contradicts envy; otherwise, we can easily do another person great harm.[7] The secret is that we need to recognize the grace of God at work and rejoice in the gifts of others.

There is a serious objection among psychologists to saying that Anger is a sin. They would say that anger is a reflex reaction, to not coping with a difficult situation or annoying or obnoxious behavior. It is important to understand this process and to learn to respond to it more positively. When we react, we tend to use LOUD, HARSH WORDS[8] !&?@#%&![9] And use THREATING GESTURES! If we do not bridle our anger, it can get out of hand and escalate from assault, which is legally any violent verbal altercation, to battery where you actually hit someone. In this way, anger can destroy friendship, murder a spirit of fraternity, break up a relationship and lead to a divorce, because of unreconciliable differences. The medicine for anger is gentleness. A gentle person[10] is polite, respectful of others, considerate, forbearing and kindly.

When we are not coping with something or someone we have two ways of reacting, we can get angry, or we can get depressed. We used to think that when men do not cope they get angry and if they are powerless they turn to alcohol, and women tend to become depressed and turn to anti-depressants. However, that tended to be true when men had power and women did not. Equality in power and finance has leveled the playing field somewhat.

The key psychological point to focus on in anger and depression is to recognize that we are NOT COPING.The best response to both anger and depression is to find someone or a group to talk it through with. It is important that we know that we are not alone in dealing with these things. We need to get it out from inside of us and give expression to it. Others also find it hard to cope – with life. We are not alone.

As a Spiritual Director once told me:

It took me a little longer to discover a new question: How many challenges can you deal with at once? But he encouraged me to realise that life is not about doing it all on your own; we have others around us that are willing to help us talk it through. Talking things through is the core of fraternity; fraternity begins with a smile.

[1] The Desert Fathers (and mothers) were hermits and monks who lived in the desert of Egypt in the 3rd century. The most renown of these was St Anthony, the Great who moved into the desert about 270 AD and by the time he died at the age of 105 thousands of hermits were living in the desert. The “Sayings of the Desert Fathers” is a study in itself.

[2] Evagrius of Ponticus (Pont e cus) 345-399AD. A difficult name to pronounce and to remembber, he was one of the most influential theologians of the 4th Century. He was a deacon and a monk. He is considered to be one of the Desert Fathers, and certainly the most literate. He was a friend of St Basil of Caesarea, and St Gregory of Naziansus, who are both Doctors of the Church. Evagrius is not considered to be a saint. Quotes: “God cannot be grasped by the mind.” And “Blessed is the one who has arrived at infinite ignorance.”

[4] Gossip, is a wonderful old english word which comes from “godsib” the first syllable “gōd” means good and the second syllable “sib” means sibling. So Gossip is something which you only tell your sibling (brother, sister or godmother or godfather) it means “good whisper.” It is similar to Gospel meaning “gōd” good and “spel” speak. So it means to tell someone the Good News.

[5] Detraction is revealing the terrible truth about a person unnecessarily, taking away the good name of someone by revealing something negative about them.

[6] Slander is simply telling an untruth about someone and therefore damaging their reputation.

[7] The opposite of envy is to rejoice in the gifts of others and to give thanks to God from whom every good gift comes. Rather than allowing our hearts to become mean and narrow we should strive for magmininity which means largeness of heart and the ability to embrace the gifts of others.

[8] In typing the use of capitals for complete words in a text is considered to be SHOUTING and should only be used for headings.

[9] The use of typographical symbols !&?@#%&! standing in for profanities denotes a swear word. Used in cartoons these are called “grawlixes” or “Obscenicons.”

[10] The opening address to a group of people in general “Ladies and Gentlemen” comes from the time of chivalry and is adapted from the norms of courteosy and hospitality. Italian coutersy for example requires that people when guests leave your house you wait outside and wave to them until they have gone out of sight. It means “We are really sad to see you go!” but perhaps this is a little old fashioned since customs are forever changing.

Share on facebook
PrevPrevious“…may we give witness to the gospel,”
NextSecular Franciscan Prayers for the Plenary CouncilNext