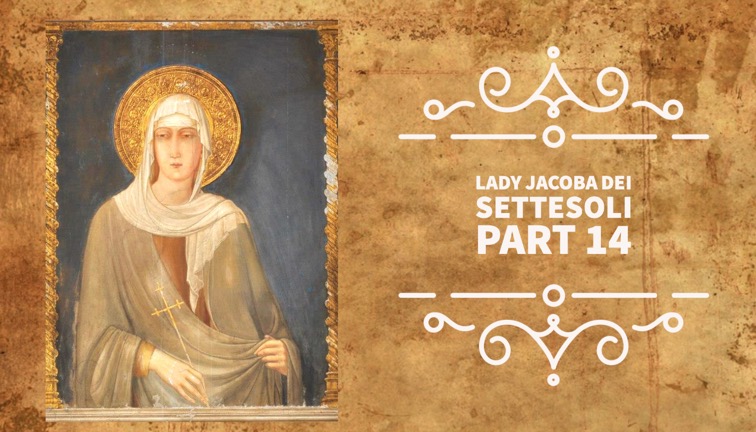 It was only six months after the death of the Saint Francis that Cardinal Hugolino,[1] his friend, was elected Pope on the 19th of March 1227 and took the name Pope Gregory IX. The body of Saint Francis’ had been temporarily laid to rest in the Church of Saint George[1] in Assisi. Brother Elias, the Vicar of Saint Francis, had zealously set about obtaining the site at the north-western end of the town of Assisi called  Colle d’Inferno for the building of a fitting final resting place for the founder of the Franciscan Order.

It has been said that Saint Francis wished to be buried there because it was the burial place for “outlaws and convicts,” hence the name (Hill of Hell). This story fits well with the attitude of Saint Francis, who when asked what he thought about himself by Brother Pacificus replied, “It seems to me that I am the greatest of sinners, for if God had treated any criminal with such mercy, he would have been ten times more spiritual than I.” [1]

The land was donated for this purpose by Simone di Pucciarello on the 29th of March 1228. A month later Pope Gregory IX granted an indulgence of 40 days out of Purgatory to all who contributed donations to the work of building the new church. In May of 1228, the Pope went to Assisi to oversee the process of canonization of Francis and to direct the planning of the new church. On July 16, 1228, St Francis was canonized in Assisi, and the following day the Pope laid the first stone of the Church of Saint Francis in Assisi.

After what Lady Jacoba dei Settesoli had done at the death and funeral of Saint Francis, it would have been surprising for her not to be present at the canonization of Saint Francis. It would also have been inconsistent, given her immense fortune, if she never gave any money towards the building of the church where he was to be permanently buried.

It had taken two years of building before Br Elias had the Church of St Francis ready to receive the body of the saint. The main part of the lower church was completed by May 25, 1230. Pope Gregory planned for a grand procession through the streets of Assisi to take the body of Saint Francis from San Giorgio to its new resting place. Again, can we presume that Lady Jacoba and her son Giovanni were in Assisi for the procession? It would seem obvious if not certain. However, any plans for a procession was thwarted by the zealous Br Elias. The possibility of having the holy relic of the body of Saint Francis stolen by knights from nearby Perugia or any other city was far too great for Br Elias and some of the citizens of Assisi to chance. The very idea of having the body stolen was too much to contemplate. The security of the body was imperative because spiritually and financially the body of Saint Francis was now extremely valuable to the town of Assisi.

So Br Elias[1] and his co-conspirators, took the body of Saint Francis from the church of St Georgio during the night and upon arrival at the Basilica, the body was immediately hidden deep in the earth beneath the high altar of the Lower Basilica. The burial place was then sealed up with large stone slabs and the high altar was replaced on top of it so perfectly that there was no indication where the holy relics were buried. It was so effective that Saint Francis’ burial place was not discovered until 1818.[1]

The secret moving of the body of St Francis by night caused uproar in Assisi because there was to be a public transferral a few days later and this had to be canceled, leaving the citizens and visitors in confusion. Pope Gregory IX became so angry he excommunicated the citizens of Assisi for the outrage of moving the holy relics without episcopal authority, and he went so far as to place an interdict on the Basilica of Saint Francis. These punishments of course were later rescinded when the scandal faded.

The Basilica of St Francis was Br Elias’ testimony to Saint Francis. Saint Bonaventure built his testimony in words by writing the Legenda Major; Br Elias built in stone. Ultimately the project of building the Basilica had to solicit an enormous amount of money, and as time went on this was not popular with all the friars. Brother Leo, the close companion of Saint Francis even came to the Basilica much later on and smashed the marble box which Br Elias had set up for offerings for the building program. Br Elias responded to this “vandalism” by having Bother Leo scourged and sent off to a hermitage, but this only caused a greater opposition to Br Elias among the friars and eventually the beginning of a serious division among the friars.

Two churches were built; one on top of the other. There is no recorded date for the beginning of the upper church, so it would seem that the building project simply continued. Br Elias had nothing more to do with the project by 1239. The lower church was consecrated by Pope Innocent IV on the 25th of May 1253. Saint Clare died about three months later on the 11th August 1253.[1] The impressive frescoes that decorate the interior of the Basilica of Saint Francis were painted by Cimabue, Giotto and others in the late 1200s and early 1300s.

After the body of Saint Francis was buried under the altar of the Lower Basilica in Assisi, Lady Jacoba in Rome began to negotiate with the Holy See for a place in Rome where the friars could live permanently. She was well aware that Saint Francis when he came to the Eternal City, used to stay at the hospice of Saint Biagio (St Blase) in Trastevere and she resolutely and actively set her heart on obtaining it for the Friars.

Before the 13th Century it belonged to the Benedictines of Cosimato. The monastic complex consisted of a Church and a hospice for pilgrims and the sick entering the city of Rome through the Porta Portuensis (gate of Portuensis). Because of its association with Saint Francis, Lady Jacoba, no doubt with some encouragement from the friars, asked Pope Gregory IX if this complex could be given to the friars. The Pope conceded to her request, and the property became the first house of the Franciscans in Rome in 1231. The name was changed to St Francesco a Ripa (St Francis by the River) in Trastevere.

In early 2015 the Chapel of San Francesco, which still has the cell where Saint Francis slept, with the block of stone he used as a pillow, was carefully restored and reopened to the public again on the 4th of October 2015. The Friars also point to an old orange tree that legend says Saint Francis planted. As well as these things, there are also a couple of paintings (XIII century) of Saint Francis attributed to the painter Margaritone d’Arezzo. According to tradition, these were requested and paid for by Lady Jacoba.

The church of San Francesco a Ripa also has the beautifully sculptured tomb of Blessed Ludovica (Louise) Albertoni,[1] a Roman noblewoman, who when she was 33 years old lost her husband. She became a member of the Third Order of St Francis, and wore a Third Order habit. She was renowned for her care of the poor of Trastevere and her ecstatic contemplation. Her tomb was designed by Gian Lorenzo Bernini and was his last major work. Bernini sculptured a larger than life-size marble statue of Bl. Ludovica, lying in contemplative ecstasy. It is on a par with his brilliant sculpture of St Theresa in Ecstasy which is in the church of Santa Maria della Vittoria in Rome at 98 via XX Settembre near the Church of Santa Susanna.

PLEASE distribute this Monthly Spiritual Message to all MEMBERS of your FRATERNITY including Spiritual Assistants and isolated members.