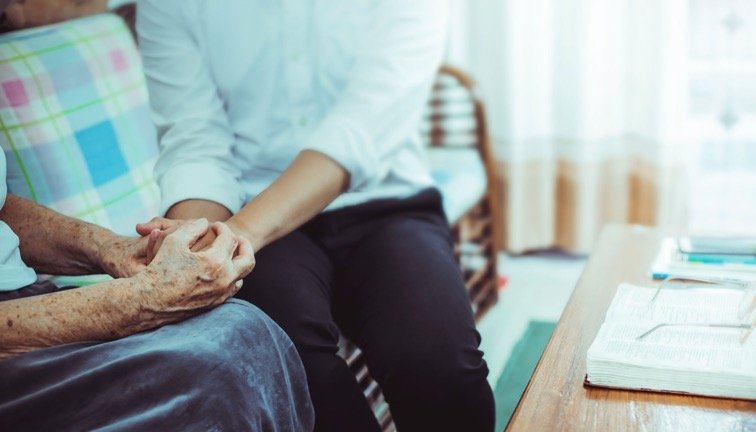 The SFO today has to deal with old age on two levels. First, the age of membership is rising. Even new members are usually older now. Second, the Third Order, because of its age and with its dated (not necessarily outdated) fraternity customs, and its cultural assumptions, habits of life and theological ideals, was subjected to a seismic shift in 1978, with the introduction of the Rule of Paul VI.

The challenges are clear. Older members have had to grapple with new ideas. Some may well confuse what they had always done with what they need to do now.

After 1978, Secular Franciscans have been faced with building a new form of secular Franciscan life, which cannot tolerate the secular kind of resignation that precedes death. Those who were formed before Vatican II and who want to maintain their spiritual life need to exercise a rare degree of courage. They need to give a positive meaning to “secular”.

Retirement, as understood by secular society, is out of the question for Franciscans.

The idea of age in the secular culture is the opposite to the idea of age in Christian culture. In secular culture, youth is held to be the ideal age and is favoured over old age. Advertizing, fashion, entertainment, consumption of commodities, all target youth. Youth are smart and attract customers. People over fifty have reached their “use by” date and must give way to younger people. They are expected to retire passively and grow old quietly while the young ones get on with living. They should not rock the family boat but are better placed in an old people’s home. Society should be spared their interference.

The secular culture “retires” people at an ever earlier age to promote, among other things, a computer savvy society. People who were movers and shakers yesterday become disoriented, and see themselves as useless at the very age at which they may finally be experienced enough to know something and to have acquired some wisdom. In a society geared to productivity and measured by money, the active involvement of the over fifties, or even those over thirty,  is cut off just when mature life is beginning.

Consequently, in the secular world, many people go into dotage long before their life is over. They live in the past and can’t imagine a future for themselves that would be lifegiving and fresh. What they have been may not count for much now. What they can be, and need to be at the present time, may seem to be beyond them. They are still alive but hardly living.

I think I have described secular culture’s approach to age realistically, and its negative results. Now I would like to describe the Christian approach to age, but I am well aware that

Christian life since Vatican II has been deeply affected by the secular culture’s approach to old age and has suffered its negative results.

Christian culture points consistently to fullness of life. The Son of God has come that we may have life and have it to the full. We aim to make progress in eternal life. One measure of our progress should be our age.

Christian life channels every minute of our energy and vision toward a point beyond physical life. While our life draws breath, it never finally arrives, never completes itself, never retires. It is always beginning, and moves toward the next new moment of becoming.

Christians also die but not before every minute of life has been lived to the full. There is always something important to begin, something new to learn, something valuable to give. Time does not diminish us. We do not quit before we die. Our years are a series of steps to fullness of life.

Christian life recognizes the power and purpose of ageing. Age does not restrict us from living a full and vibrant life. Age refines us and hones us and makes us new again. Our values change and our spiritual life is renegotiated. We can now decide freely whether we are going to live to the full or not and how we are going to live, and why.

The only thing wrong with being 50 is acting as if life is over once we are. What used to be “old” in the Fraternity is now young. Some of eighty plus and ninety plus, although frail and health impaired, are very much alive and give a splendid example of spiritual life. They are not afraid of taking risks.

Perhaps, we have allowed ourselves to be influenced too much by the secular culture of old age. Age is not our problem. Our problem is accepting the secular idea of retirement that implies that we have nothing more to offer our church community and secular society. The measure of Christian life in our time is to take on again the risk of renewal of spiritual life as individuals and as fraternities and secular communities.

It is time for new life in advanced age. Age is no excuse for not living. It is time for living to the full. There is nothing in life more invigorating than gambling with our lives. Isn’t that what you did when you entered the local SFO Fraternity?