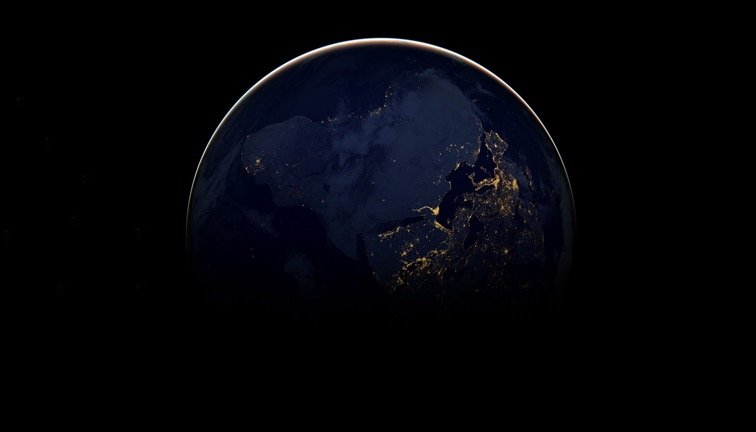 Immanuel Kant (1724-1804) coined a word in German, “weltanschauung”. It is usually translated as, “world view.” Our world view is our comprehensive view of the world and of human life. It is our mental position from which we view things. We all must surely have a world view that enables us to integrate our knowledge and our beliefs and attitudes.

I would like to share my world view with you and to invite you to make you aware of your own. It is important to have a sound world view when confronted with the complexity of human life today and with the severest trials of our own life, suffering and death.

My own world view is influenced by my interest in science since following the science stream in high school, and my study of chemistry and botany at the university. In the seminary, in a course of cosmology we evaluated scientific method.

Scientific method is based on Rene Descartes (1596-1650) and his ideal of totally objectified scientific inquiry. Put simply, if you can’t measure something, then don’t include it in your scientific study. It doesn’t belong to the scientific method of studying reality.

Following the scientific method, a person collects many measurable facts about a subject and correlates them into a single explanation or theory. The theory is the best supposition that the person can make to explain the subject. If new measured facts about the subject are discovered, the theory must be able to explain them as well, or else the theory is modified or discarded.

“The Earth is flat”, and, “The Sun circles the Earth”, once belonged to a world view before modern science. But the scientific world is also littered with discarded theories. Theories have a tendency to be presented as the ultimate truth about a subject and are believed in passionately, and even imposed with force on opponents and doubters. Galileo (1564-1642) suffered greatly because he did not believe that the Sun circles the Earth.

Persons who pursue the scientific method do not necessarily deny that many realities exist that are not measurable scientifically. How can anyone deny the existence of love, for example, which cannot be measured by any scientific instrument? Many eminent scientists are believing Christians, while they go about their scientific studies. A Google search provides a list of a hundred individuals who could be considered among history’s most influential and famous scientists, who were also devout Christians.

But many others do have such a strong attachment to the scientific method that they believe it is the only valid way to arrive at the true understanding of the world and of human life. That is their world view. They are passionate believers in Science and zealous promoters of their world view.

Charles Darwin’s (1809-1882) original theory has been discarded, but a theory of evolution has been widely accepted and believed as the best explanation of the development of matter, plants and animals. The Big Bang is the cosmological model of the universe which is the best support of all lines of scientific evidence and observation. It is the dominant scientific theory about the origin of the universe.

Because my world view is profoundly influenced by my Christian faith based on scriptural revelation, I don’t have difficulty in accommodating the most up-to-date scientific theories. But my accommodation exceeds the limits imposed by scientific method. Because God is not measurable by scientific instruments, God cannot be a subject of modern Science.

I believe in God the Creator. Only God could produce the Big Bang. God existed before the Big Bang, but God became present in space and in time and in matter from that instant. God enlivened matter, and set it on an evolutionary development.

Judeo-Christian revelation enables me to believe that the pre-existent Mind, or Word, or Wisdom of God planned from the outset to take on matter, and to be incarnated in God’s own creation. God accompanies matter to its evolutionary fulfilment, which will be the completed Body of God’s incarnated Word, Jesus Christ.

Our world is dominated by Science and its product, Technology. What am I to make of that?  I am happy to accept the best explanations of the world and human life that Science can offer, and the advantages of Technology. But I realize that they are changeable theories. The latest theory of the evolution of man is that apes and humans evolved separately from a common ancestor. So, we didn’t evolve from the apes after all!

Modern Science is unable to study ethical, moral and spiritual phenomena, because all of that is excluded from the scientific method. When some scientists present Science as providing the only acceptable world view, I am appalled by the limitations of that world view. Far from being comprehensive, it is extremely deprived. No wonder, the main cause of death among young people who have no other world view than that provided by Science is suicide.

Second, a world view that integrates belief in God the Creator and Jesus Christ as God’s reason for initiating space, time and matter interprets reality for me better than any other explanation. I believe that God inspirited matter from the start, without matter being divine.

My belief in Jesus Christ, Lord of the Universe and King of the Ages, who lived, suffered and died for me, makes sense of the world and of my own life and death. My world view acknowledges with gratitude the benefits won by modern science. I discount as ludicrous the dogmatic claims of some scientists and politicians that “the Science” provides the only valid world view and their condemnation of anyone who disagrees with them.