What do we mean by “Franciscan” Prayer? 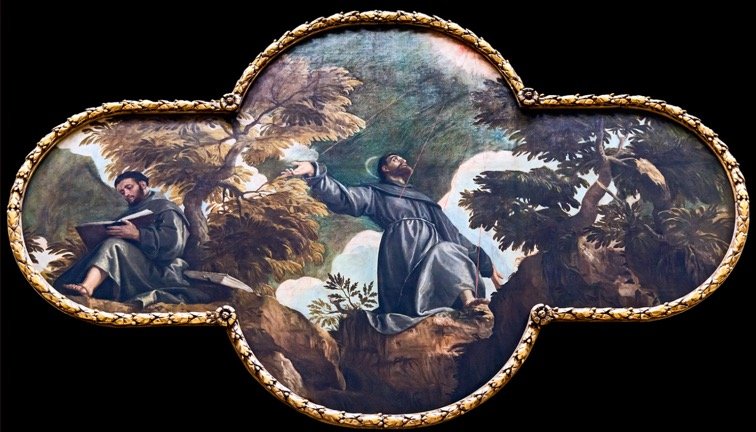 There are many ways that we could think about prayer. This is clear from the many descriptions of prayer, such as: “Prayer is a gift; it is an encounter with God’s thirst with ours; a response to God’s love”. It seems to me that prayer for St Francis was more about a response to God in faith which flowed from a relationship with God in Christ. While there are many books that are devoted to prayer and meditation that aim to assist us to pray, prayer is essentially a mystery. How, then, should we describe “Franciscan” prayer? Perhaps we should ask the question: “Is there such a thing as “Franciscan” prayer?

At no stage in his life did Francis attempt to give his followers a definition of prayer as he experienced it. For Francis, prayer was as natural to him as breathing. It came to him so easily that he never had to study how to pray to God. Perhaps this was not always the case with him, but at least, from the beginning of his conversion to Christ, Francis was a man of prayer. Francis was led by God and he responded in love. Perhaps we can learn more about what Franciscan prayer is through a consideration of Francis’ experiences and his growth in the life of prayer.

We are told that the life of Francis alternated between times of intense prayer and times of intense apostolic activity. But it appears that prayer always led him to action. Prayer gave him the inspiration towards his apostolic activities. I suppose we could say that Francis had that Italian impulsiveness in all that he did. When he saw there was something to be done, he did it immediately. Think, for example, when he went with Brother Bernard read the Gospel passagesabout leaving everything to follow Christ: “If you wish to be perfect, go, sell everything you possess and give to the poor, and you will have a treasure in heaven,” and again, “Don’t take anything for your journey neither walking stick, nor bag, nor bread, nor silver coins; and don’t even take a spare tunic.” Once Francis heard these words, he acted upon them. I believed that it is not the prayer itself that makes it “Franciscan” but the way we respond to God just as Francis did. I think prayer is the same for everyone but how we use it makes the difference. Our prayer life must lead us to action just as it did for St Francis.

There is, however, a growth in Francis’ prayer life that we can distinguish in a number of specific “moments” or experiences where Francis was faced with a decision that he had to make. In all the important moments of his life, prayer played a decisive role.

There are some things we must remember about Francis: His attitude towards prayer and his approach to prayer always had the distinguishing characteristics of faith in a personal, living God. There is no doubt about Francis’ deep faith. He did not doubt for a moment that God existed and he responded with a generous spirit of giving. You did not have to prove the existence of God to Francis. He believed without any doubting that God was there and ready for him. Francis had a great sincerity of heart and simplicity in understanding. He experienced the presence of God in his life in a very real way. He could speak to God who was present with him. He trusted God and formed a deep friendship with God who manifested himself to him in various ways. So, if we want to know about Franciscan prayer, we must study what happened to Francis and how he responded to God’s invitations to a deeper personal relationship with him. We must seek the inner meaning of each of his experiences and see what these mean for us today.

What are some of things we see in Francis’ prayer life? Francis always prayed. It was a habit he had from his very early years. This was certainly obvious in Francis’ behaviour together with his fraternity. For example, Francis and his brothers were devoted to celebrating the canonical Hours of the Church. When they had just begun to live this Gospel life, they did not have any liturgical books for chanting the divine office. St Bonaventure tells us “Christ’s cross was their book and they studied it day and night, at the exhortation and after the example of their father who never stoppedtalking to them about the cross.”

Francis, in fact, was very committed to the recitation of the Divine Office. Francis prayed the Psalms, which are a school of prayer and the Word of God. The fact that the Church prayed the Psalms was important for Francis so as to defend the friars against any temptation to be cut off from the Church. In his Testament he speaks of the Divine Office as an outward sign of the brothers to show that they are Catholics. Even when Francis was ill, he did his best to recite the office or at least listen to others recite it to him. Brother Thomas of Celano says:

“He celebrated the canonical hours with no less awe than devotion. Although he was suffering from diseases of the eyes, stomach, spleen, and liver, he did not want to lean against a wall or partition when he was chanting the psalms. He always fulfilled his hours standing up straight and without a hood, without letting his eyes wander and without dropping syllables.”

This does not mean that we must recite the Divine Office standing. The Church’s law has changed a great deal since the time of St Francis. The Church recognises it has to accommodate to the present age and conditions. Consideration for the sick and elderly must take priority. However, there are certain practices we follow in our recitation of the Hours of the Church, such as, making the sign of the cross at the start of the Office and other customs that belong to different regions or countries in the world. Cultural aspects can also enter into our way of praying and we must respect these.

We are told that he often remained absorbed with such sweetness of contemplation that, rapt outside of himself, he did not tell anyone what supernatural experiences he had had. And Brother Thomas of Celano adds: “[Francis] was not so much praying as becoming totally prayer” For this man who became a “prayer”, there was no question of time, place, method, or language. When he prayed at home he remained reserved but when in the bush, he wailed and cried, beat his hands on his chest and – making the most of the privacy – prayed intimately and in dialogue with the Lord in a loud voice; he answered to his Judge, begged the Father, spoke as a friend, joked in a friendly way with the Lord, often without moving his lips, meditated at length within himself, concentrating his external powers internally, he lifted his spirit on high. Of course, this does not mean that we have to do the same as Francis. The way he responded to God will be different to the way we respond. That is something very personal to each one of us but we do need to find out what God wants of us and how best we can pray so that it becomes more meaningful to us. This can onlyhappen if we take time off for reflection on God’s word and see what it says to us and how we can best respond to it in our lives.

Having these descriptions of Francis’ prayer life from his biographers, it is possible to use these as a guide towards a theological and spiritual study of the way Francis prayed and what motivated him in his prayer. We want to know more about how Francis, the man of God and friend of God, prayed to such an extent that he became a master of prayer.