The Seasons of Easter 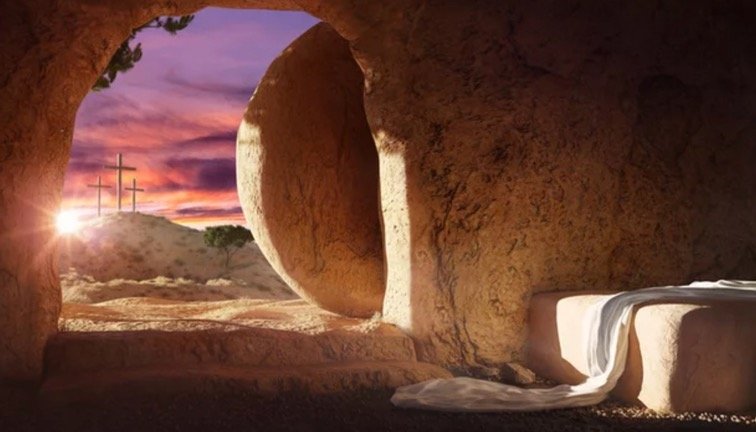 Most Christians recognize Lent as the penitential season of forty days leading up to Church’s celebration of Easter. And while everyone knows about Easter Sunday itself, not many people are familiar with Easter as a proper festive season stretching seven full weeks from the Sunday of the Lord’s Resurrection all the way to the day of Pentecost, the descent of the Holy Spirit on the nascent Church, the fiftieth day of celebrating Christ’s Easter victory.

Note that St Francis of Assisi hardly makes a mention of Easter and the Resurrection because the theology of the time concentrated on the Incarnation and Christmas when God became man. We have come to understand the theology of Christ’s work of redemption better now and so we can see more deeply into our faith.

The Resurrection of Christ is at the centre of Christian faith. Paul affirms: “If Christ has not been raised, then our preaching is in vain, and your faith is in vain” (1 Cor 15:14). The Church devotes eight days of worship to retelling the Resurrection narratives. From Easter Sunday to the following (Low) Sunday the readings at Masses present one by one the many New Testament accounts of the appearances of the risen Lord.

Our four Gospels, written thirty to seventy years after the Resurrection, tell us what happened in different ways – so different that the Church wisely does not combine them all into one picture or prefer one Gospel account over the other. Each Gospel narrative should be allowed to contribute its own wealth to what we know and believe about the risen Christ.

Our Christian ancestors spoke about the Resurrection long before they wrote about it. The first believers proclaimed the truth by word of mouth in forceful slogans and exclamations: “The Lord was raised indeed, and has appeared to Simon (Peter)” Lk 24:34. In Jerusalem in particular, biting challenges associate the crucifixion and the resurrection: “You crucified this Jesus…but God raised him up” (Acts 2:23-24; 4:10; 5:30-31; 10:39-40).

As vivid as these proclamations were, the story form proved to be a more effective way of conveying the full impact of the Resurrection. The association between the crucifixion and the resurrection needed to be fleshed out in a dramatic way so that those who were not present in Jerusalem could understand what God had done in making Jesus victorious over death.

Consequently, the Gospel stories are quite different from the brief formulas preserved for us from the early preaching. These brief, spoken formulas never mentioned the finding of Jesus’ empty tomb. Yet in all four Gospels the empty tomb becomes the important link between the crucifixion and the resurrection – spotlighted as the site of the revelation that Jesus has conquered death. His followers saw his body placed in the tomb before the Sabbath began; but when the Sabbath was over, his body was no longer there. What happened?

Christians recognized that in itself the absence of the body did not prove divine intervention. At the moment of discovering the opened tomb, John 20:2 has Mary Magdalene conclude: “They” – presumably Jesus’ enemies – “have taken the Lord from the tomb, and we do not know where they put him.” But to their amazement the followers of Jesus learned that no such human explanation sufficed. The Jesus who had died appeared to them alive!

The appearances of the risen Jesus led Christians to a faith that enabled them to look back and see that the empty tomb itself could be understood as a revelation that Jesus was no longer dead. The Gospel stories express that insight in a classical biblical manner.

According to ancient tradition in 1 Cor 15:5 – 7, Jesus appeared to Cephas (Simon Peter; see Lk 24:34), to the Twelve, to more than five hundred, to James and all the apostles. Paul adds that Jesus appeared “last of all to me” (15:8). There can be little doubt, then, that the preached tradition included a number of appearances; yet they were past and continued no longer. Where and when did they occur? What took place during them? And when did they stop? None of that is specified. The Gospel stories answer those questions, but the answers sometimes vary.

Here we encounter most clearly the pastoral genius of the evangelists. Each was addressing a different audience, and in recounting Jesus’ public ministry each had emphasized aspects that spoke to the need of that special audience. Accordingly, each evangelist draws something from the tradition of the appearances of the risen Jesus that ties in clearly with what has been recounted in the body of his Gospel. Thus the readers (or hearers) of the Gospel could see how the Resurrection fitted consistently into the whole portrayal of Jesus.