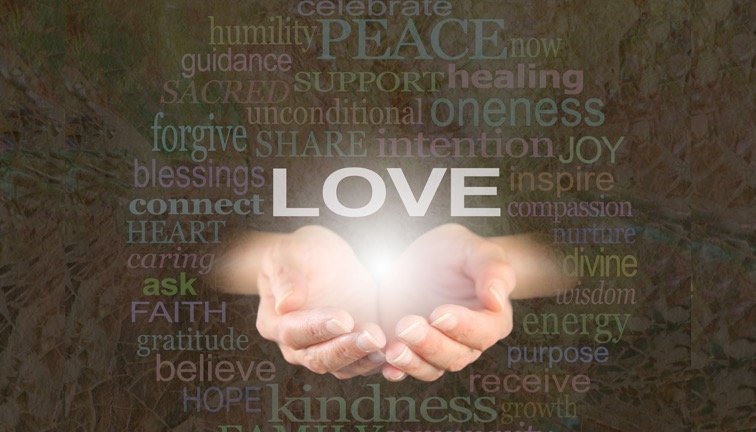 It is a new year 2014, and a hundred years since our world was plunged into World War I in 1914. This was followed in 1939 by World War II and then various other wars, no less vicious, (Korea, Vietnam, Bosnia, the Middle East…). We Franciscans greet each other with Pax et Bonum (Peace and Good) but do we really know how to make peace? It is well worth looking at the Peace Prayer and hearing the story of its origins again, because it is a personal plan of action for peace. “Lord, make me an instrument of your peace!”

The first appearance of the Peace Prayer occurred in France in 1912 in a small spiritual magazine called La Clochette (The Little Bell). It was published in Paris by a Catholic association known as La Ligue de la Sainte-Messe (The Holy Mass League), founded in 1901 by a French priest, Father Esther Bouquerel (1855-1923). We seem to know nothing more about this priest, which is a great shame. Was he a Franciscan friar? Did he belong to the Third Order of St Francis? Many Secular priests did, like the Cure of Ars. The prayer bore the title of ‘Belle prière à faire pendant la messe’ (A Beautiful Prayer to Say During Mass), and was published anonymously. The author could possibly have been Father Bouquerel himself, but the identity of the author remains a mystery. The next sign of this prayer was also in France on the reverse of a card depicting St Francis holding a book that is clearly titled “The Rule of the Third Order”. It was from the district of Rheims in about 1912. It was simply called the “Peace Prayer”.

The prayer was sent in French to Pope Benedict XV in 1915 by the French Marquis Stanislas de La Rochethulon. This was soon followed by its 1916 appearance, in Italian, in L’Osservatore Romano (the Vatican’s daily newspaper). Around 1920, the prayer was printed by a French Franciscan priest on the back of an image of St. Francis with the title ‘Prière pour la paix’ (Prayer for Peace) but without being attributed to the saint. Between the two world wars, the prayer circulated in Europe and was translated into English. It was attributed the first time to Saint Francis in 1927 by a French Protestant Movement, Les Chevaliers du Prince de la Paix (The Knights of the Prince of Peace), founded by Étienne Bach (1892-1986).

The first translation in English, that we know of appeared in the USA in 1936 in a book called Living Courageously, by Kirby Page (1890-1957). He was an ordained minister in the protestant church called “Disciples of Christ” or “The Christian Church”. It was a charter member of the World Council of Churches. Kirby Page was a social evangelist, a pacifist, writer and editor from 1926 to 1934 of The World Tomorrow (New York City) a Pacifist publication. Kirby Page ministered to Allied soldiers in Britain and France during WWI and perhaps that is where he discovered the Peace Prayer on a Holy Card of St Francis. It was he who clearly attributed the text to St. Francis of Assisi.

It would seem that the Peace Prayer arrived in England by 1936, and the verses were added to and altered, until the prayer was left in its present form. By this time St Francis’ name had become so attached to it that this added to its rapid diffusion throughout the world.

Cardinal Francis Joseph Spellman had great devotion to St Francis of Assisi. He was installed as Archbishop of New York on the 23rd of May 1939 and then on the 11th ofDecember 1939 he was named Apostolic Vicar for the U.S. Armed Forces; in fact he later spent many Christmases with American Troops in Europe, Japan and Korea. He had the Peace Prayer placed on the back of a Holy Picture of St Francis of Assisi and he and Senator Albert W. Hawkes had millions of the card distributed towards the end of the war and after the war. There is some evidence that he came across the prayer in Italy, brought it back with him to the United States, and had it printed under the title “Prayer of St. Francis”.

There is no doubt that the prayer evokes the spirit of our Holy Father, Saint Francis and echoes his Admonition 27.1 If we look for an event in St Francis’ life for such a spirit as evoked by the Peace Prayer, we immediately think of Francis efforts in the reconciliation of Bishop Guido and the Mayor of Assisi by the last verse in his Canticle of Brother Sun.2 In this verse it is as if St Francis was not so much trying to find a simple reconciliation but going one step further he contemplated the question: What is it about human beings that really stands out above all else? What makes them truly magnificent? St Francis’ amazing answer is our ability to “give pardon for your love” and our extraordinary ability to “bear infirmity and tribulation… [and]… endure in peace”. It is this high grace of compassion that is the crowning glory of human beings and Jesus showed us the Way.

In 2001 Dr Christian Renoux a professor at the University of Orleans in France and an activist for nonviolence, published a study of the Peace Prayer and its history, pointing out that St Francis did not write it. However, the Prayer is universally accepted. The Psychologist Organisation of America adopted it as its official prayer. The Quakers (Society of Friends) have endorsed it as being indicative of their ideals of peace. Mother Teresa and her Nuns (Missionaries of Charity) begin each day by reciting it. Mother Teresa, when asked to pick the opening prayer at a United Nations Conference, chose the Peace Prayer. It was used at her funeral and that of Diana Princess of Wales. Margaret Baroness Thatcher used the prayer in her speech on the steps of No 10 Downing Street.3 It is truly everyone’s prayer!

Sometimes Franciscans are called to turn the world upside down; to bring virtue where there is vice. The Peace Prayer is a bold plan of action, asking for strength to give of ourselves to meet the needs of others. It recognises that it “is in giving that we receive”. We need to think about the situations that we are often involved in where this prayer would be truly appropriate.