Francis Negotiated Peace between the Bishop and the Mayor 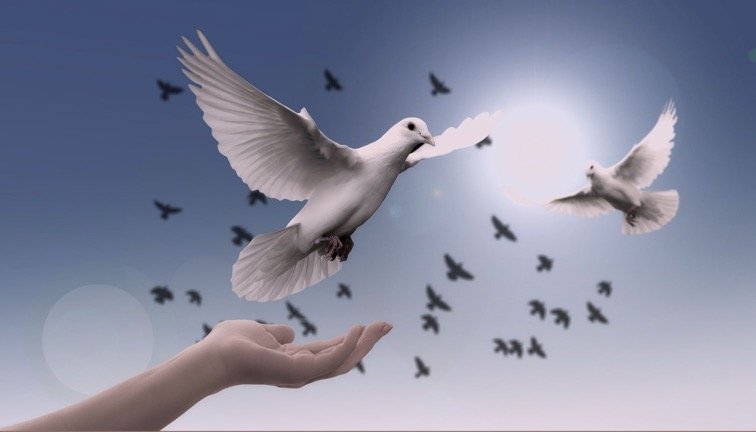 Francis thought of dissention among people as a scandal and when asked why he did not correct erring brothers he replied that he did not wish to show anger and give scandal. He based his opinion on the conduct of Christ who suffered an unjust death in silence when he certainly could have vindicated Himself there and then.

The hatred that developed between the Bishop and the Mayor of Assisi made Francis pity them especially as there was no one, religious or secular, who was intervening for peace and harmony between them. According to those who were with him St Francis said: “It is a great shame for you, servants of God, that the Bishop and the Podestà hate one another in this way, and there is no one intervening for peace and harmony between them.” Dissention between people always disturbedFrancis deeply. In all his sermons he exhorted people to make peace and he made it his greeting whenever he met anyone.

Francis composed a new verse for The Canticle of Brother Sun and sent one of his companions to the Podestà to invite him to go to the Bishop’s house and sent another to go and sing the Canticle of Brother Sun to both of them. Francis then said: “I trust in the Lord that he will humble their hearts and they will make peace with each other and return to their earlier friendship and love.”

When the song was being sung the Podestà “listened intently even with tears, as if to the Gospel of the Lord”. The reference to the Gospel is very important here because it implies that Francis is literally following the Gospel in what he is doing and the Podestà and the companions of Francis have recognised this. At this very moment Francis is personally enduring infirmity, in fact he is receiving palliative care, and experiencing depression as he sees the conflicts that have arisen following the changes being brought about as the movement he founded passes from a fraternity to an Order. Francis says that what he is going through should be endured in peace just as Christ was silent before those who condemned Him. This is living out the Gospel. It disturbs the natural way of reacting in such circumstances, but it is doing what Christ did. This is in line with the reply Francis made to the brothers who asked why he did not correct those who were putting various interpretations on what they claimed he intended as a way of life for the brothers. He chose to retire from office.

Seeing things from this perspective also makes the response of the Bishop very interesting. The Bishop is reported as saying: “Because of my office humility is expected of me, but because I am naturally prone to anger, you must forgive me.” This is almost a restatement of what Francis said while replying to the challenge of the brother who questioned him about the motives for his retirement. Francis said he did not wish to be “God’s policeman or law enforcer” even though hecould have made himself more fearful than anyone else, but rather his vocation was to lead by example not enforcement.

In this passage earlier in the Assisi Compilation the resignation is treated in four points: the renunciation of Francis and his promise of obedience to Peter Cattani; a request to always have a

brother to whom he must obey; his total commitment to obey; the relationship between humility and obedience. In the final point we are given an insight into the personal characteristics of the real Francis when he is reported as saying: “There is no prelate in the whole world, who would be as feared by his subjects and brothers as the Lord would make me feared by my brothers, if I wished. But the Most High has given me this grace that I want to become content with all, as one who is lesser in religion.” (CA 11; FA:ED II, p. 125). In both Francis and the Bishop anger is said to be a natural reaction and is linked to having a position of power.

There is a lesson here for all seasons and all centuries. In the first place we see an effort to imitate Christ literally and to do what Christ did. Secondly we see the need to question our first and perhaps instinctive reaction to situations and discern whether or not there is a better way of doing things. Francis is once again trying to act like the crucified Christ.

Francis lived at a time when his world was beginning to go through dramatic changes. Political power was shifting away from the nobility to businessmen. His cultural environment was also changing as is quite clear from the works of art in Assisi. The crucifix of San Damiano, before which Francis was praying when he received his religious vocation, is of byzantine origin. This form of art is full of symbols which are anything but what you would see in a photograph. Christ is seen twice in this work: on the cross and ascending into heaven. The figure on the cross is alive and it does not look like he is suffering. The characters are painted in sizes that symbolise their importance in the story. When we move into the Basilica where the grave of St Francis is situated Giotto’s paintings depict real life scenes and are anything but a collection of symbols. Culture is moving from what was Byzantine to the humanism of the Renaissance, where the emphasis is capturing the human form and the human emotions.

In Australia we are living in the third major cultural change to take place on this continent. The era of the original inhabitants was replaced with the advent of Europeans. The era of European dominance is being replaced right under our own eyes with multiculturalism. As a passenger in a suburban train in Sydney you will hardly hear a word spoken in a European language. In short we are living in circumstances that resemble the times of St Francis. Francis met the Sultan. Troops loyal to the Sultan came over the wall into the cloister of Clare and her Sisters. We too live in the meeting of two different cultures. When Francis met the Sultan that man knew that Francis had a very different attitude and mission to that of the Crusaders. What we have to learn from Francis is to think in a way which differs from many of those around us, a way that was taught by Christ in the Gospel.

In the story we have just quoted from the life of St Francis, the Saint changed the way two public figures were thinking. What is even more impressive is that both the bishop and St Francis confess that their instinctive reaction to bad situations was anger. They both admit that a change has come over them.

Franciscan spirituality should also bring about a change in the way we think and act and that will motivate us to assist the world and those who are less fortunate spiritually or temporarily than ourselves. The Secular Franciscan meeting is a petrol station where we refuel, for without this the car will stop.

The first paragraph of the Constitutions of the Secular Franciscan says that what distinguishes a Secular Franciscan from all other members of the people of God is that he or she recognises that they are called to follow Christ in the footsteps of St Francis. If we do this we have achieved what we set out to do.