The Joy of The Gospel: Francis to Francis – Part 2 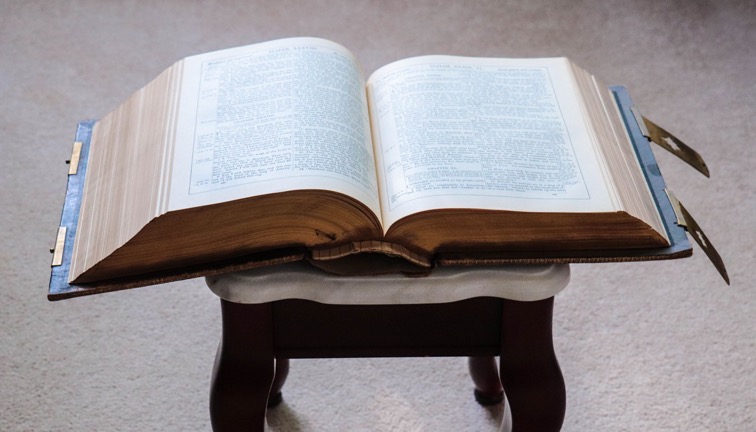 As we continue our reflection, we find ourselves in the Season of Lent.

To be a Christian requires “Conversion”.

You do not choose to be a disciple of Jesus Christ without a decision to follow him and the change that this involves.

Conversion is an ongoing chore that unfolds over time through prayer, repentance, forgiveness and seeking God’s will.

Each of us has to make a personal decision to live for Christ and we must keep making choices to grow in faith.

As the Catechism of the Catholic Church states: “Christ’s call to conversion continues to resound in the lives of Christians. The second conversion is an uninterrupted task for the whole Church. “(CCC1428)

Pope Francis mentions a particular event that changed his life’s direction when he was 17. On September 21st1953 the Feast of St. Matthew – also the first day of spring in Argentina – a day of celebration for students, he suddenly felt that he should go to confession. A practicing Catholic, he stopped at his Parish Church on the way to the Festival and a priest he did not know unexpectedly appeared and heard his confession.

Pope Francis describes two things about this experience that had a great impact on him.

The first was his sense that the priest was there waiting for him, which enabled him to perceive that God is always there. First waiting to forgive and to be with us. God the Father watches over each of us, with great love, he came to the priest for forgiveness and healing.

The second experience was after that confession, he said “I felt something had changed. I was not the same.’ The Pope said, ‘I heard something like a voice, or a call. I was convinced I should become a priest.”

In all of this, it was the compassionate way in which God called him. This became a source of inspiration for his own ministry.

With the young Francis of Assisi his conversion occurred and his vocation was revealed over an extended period of time. It unfolded in many steps. This is also the experience of many Christians.

Jesus speaking to Francis from the Crucifix at the Church of San Damiano telling him, ‘rebuild my Church,’ was a critical moment in his conversion, but his movement toward God certainly did not begin and end there.

Francis’ earthly life is summed up in the opening to his Testament: “when I was sin.”

The decision to repent and do penance for his past sins can be seen as the first step of his conversion to becoming a serious intentional follower of Christ.

Conversion or turning to God for St. Francis meant turning to the Church, for in Catholic Theology the Church is the Body of Christ, the visible presence of Jesus in the world.

Like St. Francis we are also challenged to go out and live our faith, serving those on the edges.

The structure for Francis’ conversion can be seen like this:

Francis experienced an interior restlessness – a search for direction in his life – he turned to prayer.

I can imagine St. Francis saying these words to Pope Francis: “I put myself in the presence of God, and aided by his word, go forward to in what he desires.”

As Francis was touched by God’s grace, undergoing a decisive conversion, prayer became more central to his life.

Francis’ followers were attracted to him because of his fervor in prayer and they learned from him.

Francis had deep devotion to Jesus in the Eucharist.

The richness of the experience of God in prayer is also evident in the life of Pope Francis.

He said: “The moment when I most savor the religious experience, however long it may be, is when I am before the Tabernacle.”

Nothing teaches us more about who a person is than how a person prays.

The prayers that St. Francis wrote are fervent, exuberant and heartfelt, filled with pure love and exaltation of God. We see many of the same qualities in the prayer of Pope Francis.

His humility before God became evident on the night he was introduced as Pope, when he asked the people to pray for him and to pray over him before he imparted his first papal blessing.

The decision to lead the people in the Our Father, the Hail Mary and the Glory be, was very much the spirit of St. Francis who not only used the prayers of the Church but went out to the people to meet them where they were.

Pope Francis frequently prays publicly for others. He makes it clear that this is an essential service he is called to do especially for the sick and the needy.

Pope Francis has described Prayer as a mixture of ‘courage, humility and service’ and it certainly takes courage to be persistent in prayer.

Like St. Francis, the Pope’s focus on prayer is often on giving praise and thanks to the Lord for who he is and for his goodness.

He also said: “Prayer is union with Jesus.”

Another common thread in both these men is the imitation of Jesus in his poverty.

St, Francis chose to be poor because Jesus embraced poverty. It was also a response to his teaching.

Francis and his followers found joy in being poor. Francis embraced a change of status.

Living poverty for St. Francis was not just an idea he had, or something he decided to do because others were doing it.

Francis heard the particular words of Jesus from the Gospels and he obeyed in faith.

The poor life also brought St. Francis peace and above all freedom.

It was not a deprivation but a positive – an act of trust in God and to share in the sufferings of the Poor Christ.

Pope Francis was asked by children: “Where do you find hope?” He replied: “In the poor Jesus, Jesus who made himself poor for us.”

There is a witness value in the way we live, and living a poorer life is part of that witness.

We must have personal contact with the poor as we assist them.

He also appealed for a reform of the world’s economic and political systems, so the poor are no longer oppressed by policies that do not see their welfare as a priority.

Conversion to Christ must be lived out in a deep communion with others.

One-by-one, others who observed St Francis and his humble work joined him.

Again, in his Testament St. Francis wrote: “The Lord gave me brothers!”

He did not have a plan to attract followers or to form a religious group, what emerged reflected his own call and character.

The friars lived like Francis, following as literally as possible the teaching and example of Jesus, above all by a poor and humble lifestyle.

St. Francis was a compassionate and merciful father to those who followed him, and he preferred to lead by example rather than by legislation.

His example resonates in the life and teaching of Pope Francis who emphasises that community is at the heart of God’s plan.

“What is God’s plan?” he asked in a general audience. “It to make all of us a single family of his children, in which each person feels that God is close and feels loved by him…Feels the warmth of being God’s plan.”

Like St. Francis, Pope Francis puts these words into action, frequently reaching out personally to others, as we saw when he embraced and kissed a man severely disfigured by tumors on his head and neck.

“Gossip” he said, “is destructive to the Church.”

He asks us to leave behind individualism – the inclination we have to retreat into ourselves.

Knowing God’s mercy and forgiveness we as Christians can in turn extend God’s love to others.

Both Pope Francis and St. Francis point out areas where the faithful occasionally have failed in communion with each other.

The call of every Christian is to show mercy, compassion and forgiveness to those within the body of believers as well as those in need on the outside.

St. Francis was the first to convict himself of sin against unity and charity.

We are all challenged at times to live in communion with others, following the example of Christ.