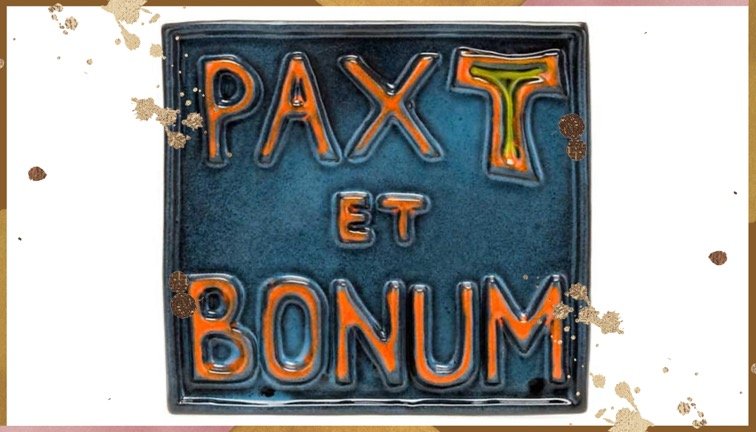 Welcome to the Atomic Age
At 11:02 am on the 6th of August 1945, the United States detonated a second atomic bomb on the city of Nagasaki. In one blinding flash almost 226,000, mostly civilians, died. The bombs[1] were dropped because although the Japanese had been defeated at sea, they gave every indication that they would not surrender their homeland and taking it would be extremely costly in American lives. The Japanese Emperor, Hirohito, broadcast[2] the surrender of Japan on the 15thof August 1945 – which we know as the Feast of the Assumption.

The Dogma of the Assumption
Five years later on the 1st of November 1950 Pope Pius XII issued the Apostolic Constitution Munificentissimus Deusproclaiming the dogma of the Assumption of the Virgin Mary into heaven. He did this on the Feast of All Saints so as to remind everyone of their human dignity in a world redeemed by Christ. He wanted to remind everyone of the HOPE for a better future in this world and to remind us absolutely of our final destiny in Christ – a HOPE that can never be taken away from us.

The theology of the Assumption is the culmination of the four Catholic dogmas[3] on the Blessed Virgin Mary. It proclaims Catholic teaching on the value of the human person. It does this against the nightmare of desecration of the human body reflected in all the wars that have ever been fought, and the torture inflicted on the human person. The dogma of the Assumption of Mary proclaims the supernatural destiny and dignity of the human body. We are called to be fully human in heaven, body and soul together, glorified. We are therefore called by the Lord as human beings to become through cooperation with the grace of the Holy Spirit instruments of peace and good – Pax et Bonum, and to participate in the glory of the Risen Christ.

Saint Pope John XXIII (1958 – 1963)
Pope John XXIII, a member of the Third Order of Saint Francis, came to the throne of St Peter in January of 1958. Born in 1881, he had lived through two devastating World Wars. The people of Rome nicknamed the pope “Johnny Walker” because he often escaped from the Vatican and went for walks around the city. Pope John’s “overall goal was to modernize the Church by emphasizing its pastoral role, and its necessary involvement with affairs of state.”[4] A Third World War was unthinkable in the context of the atomic age. There was a real sense that the Catholic Church could not just pray about a better world. It had to take serious steps towards actively seeking a better world and a more secure future for humankind. Among all these aspirations, it was necessary to define the proper role of the laity in the church.

Saint Pope Paul VI (1897- 1978):
In 1964, the Second Vatican Council’s “Constitution on the Sacred Liturgy” was published, and Mass in modern languages became a reality. Also, Mass was celebrated with the priest facing the people. It could be argued that these liturgical changes to the liturgy overshadowed for the general Catholic population, the extraordinary changes Vatican II made to the role of the laity in the church.

For the very first time in history, the role and mission of the laity in the church was defined. Simply put, their task was to – “sanctify the world.” The Council Fathers realized that the laity has a dominant role in the church’s mission to evangelize secular society simply because they make up over 99% of the church and they live out their lives in the secular world – it is their mission field.  The laity do have a role to play inside the church, but their primary mission is to transform the civil world through the principles of the gospel.

The Second Vatican Council ended on the Feast of the Immaculate Conception 1965. Five years later on Pentecost Sunday 1970, Saint Pope Paul VI speaking to those gathered in St Peter’s Square said this about his vision of a civilization of love:

“Although to some, it may seem strange
Pentecost is an event that also involves the secular world.
For it gave rise to a new sociology –
one which penetrates the values of the spirit,
which forms our hierarchy of values,
and which confronts us with the truth,
and with the ultimate destiny of humanity.
It is this which has given us our belief in the dignity of the human person,
and our civil customs,
and which above all leads us to resolutely rise above all divisions and conflicts between humans,
and to form humanity into a single family of the children of God,
free and fraternal.”

The new evangelization will manifest itself in a “civilization of love”
a renewed way of living in the world
that will not only affect those who claim Christianity as a defining way of life,
but also influence those who do not know the “way” of Christ.
The Good News is meant for all who begin each day hoping to hear any hint of good news;
particularly those living in the “dark places” that shape so many in our world.

The Gospel of Jesus provides us with a “way” of life
that is fundamentally different than the experience of many in our world.
Christ still calls his community of disciples to be the catalyst,
or in the terminology of Jesus – salt and light – enabling a “way” for our world toward a civilization of love and peace.
This way of life confronts our world to seek a fuller expression of our humanity
as it emerges within an ambivalent 21st century culture.

Our parishes and schools are challenged to become centers of evangelization and spirituality,
providing the formative environment for creating a unique and unambiguous vision for life.
This unique lens of gospel fraternity allows a “way” of understanding the world
and a “way” to engaging the world,
utilizing the foundational theological and moral principles of our Catholic faith.
This distinctive identity emerges from the very center and the heart of the Church,
enabling humanity to meet at the intersection of faith and culture;
transforming the relativism, individualism, and commercialism of our culture
– engaging the mind and heart and spirit for a meaningful way of life;
and implicitly and explicitly shaping a civilization of love.

[1] The 1st bomb called “Little Boy” killed 129,000 people in Hiroshima on the 6th August 1945. The 2nd Bomb “Fat Man” hit Nagasaki on the 9thAugust 1945. Each bomb was different. The 1st used enriched uranium. The 2nd used Plutonium. A third bomb was already prepared to be dropped on Japan. Continuing experiments in August 1945 on what was called the “Trinity Project” caused the accidental death of a scientists because of exposure to radiation. The man died 25 days later. Then in May of 1946 a second accident much worse killed the scientist 9 days later. They were trying to understand “supercriticality” the moment when a bomb explodes.

[2] It was the first time in history an Emperor of Japan had spoken to the people directly. The recorded speech broadcast in Royal Japanese was not understood well by ordinary Japanese people, so it caused some confusion.

[3] Divine Motherhood: The Council of Ephesus 431AD; The Perpetual Virginity: Council of the Lateran, 649AD; The Immaculate Conception: 1854AD and The Assumption: 1950AD. Vatican II acknowledged that its theology of the Blessed Virgin Mary was not complete. (cf. Lumen Gentium, n. 54) The role of the Blessed Virgin Mary in the life and transformation of a Catholic was not defined, nor in that sense the role of the Saints. The theology exists, needs clarification, is believed, but is not defined in a Dogma.