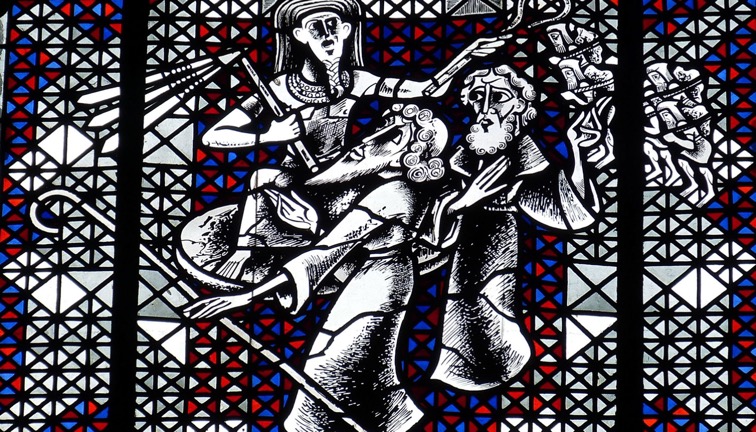 In Israelite usage, the term “Judean and Greek” form a division of the house of Israel. Other similar terms favoured in the New Testament are “Hebrew and Hellenist”.

“Hellenism” was the characteristics of a culture prevalent in the ancient world especially after the time of Alexander the Great.

“Greek” was the designation for “civilized” Israelites living in a Hellenistic way, outside of Israel, and also inside Israel at the time of the Maccabees. They spoke Hellenistic Greek, followed Hellenistic customs, and shared Hellenistic values and ideals.

Greece did not exist in the Mediterranean world of the first century. The nation state of Greece or Hellas emerged in 1830, following the war of independence from the Ottomans.

In the time of St Paul, “Greek” referred to a social status rather than to people of a geographical origin. Philippi was in Macedonia and Corinth was in Achaia. So, there were Macedonians and Achaians, but no Greeks as we know them. So, in the mind of St Paul, “Greeks” were Israelites living in Roman Hellenistic cities with a low Israelite population.

Among these “Greeks”, it was difficult to distinguish a Mediterranean Judean from a Mediterranean non-Judean. Israelites and non-Israelites were indistinguishable bodily, visually, linguistically, and socially. First-century Israelite circumcision was not an infallible marker of Israelite identity. Besides, it was not widely practised by Israelites outside Judea.

St Paul understood his mission as going to the Hellenized Israelites, called Greeks. For him, the world was either Israelite or non-Israelite. He had no concern at first for “Gentiles”.

The opposite to “Greek” was “barbarian”. The Greco-Roman Empire considered itself to be an island of civilization surrounded by barbarians. All civilized people were “Greeks”, while the rest were “barbarians.” In the Hellenistic perspective, shared by Roman elites, the barbarians also included the Israelites. The fierce opposition of the Maccabees to Hellenization in Israel convinced the Gentiles that the Israelites were barbarians opposed to Greco-Roman “civilization”.

Paul, writing to the Galatians (Gal 2:1-10), reported on the crucial meeting of the recognized Christian leaders at Jerusalem when it was decided that Paul and Barnabas “were to go to the Gentiles and they (Peter) to the circumcised.”

My thinking along these lines has been influenced by the scholarship of Bruce J. Malina and John J. Pilch and their Social-Science Commentary, published by Fortress Press, Minneapolis.

I would like to make a suggestion, not made by anyone whom I have read, that future translators of the Bible, especially of the New Testament, would do a great service to the Jews and would improve interreligious relations with them if they refrained completely from using the word “Jew”. Our liturgical readings from the Bible would be less likely to foster and consolidate anti-Jewish or anti-Semitic feeling.