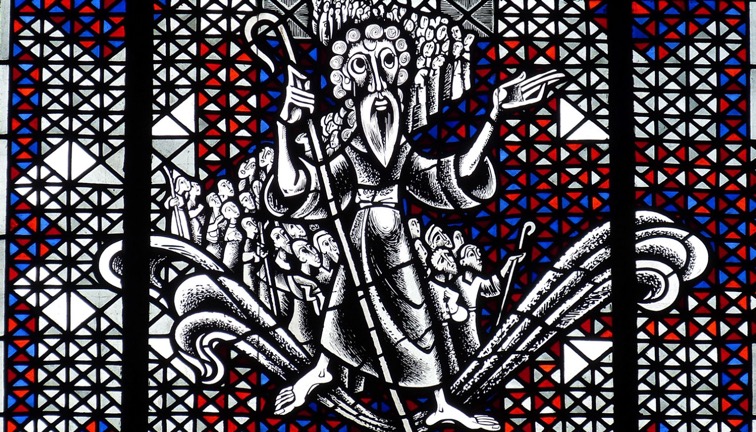 When we read the word “Jew” in the Old or the New Testament, we naturally identify the person as being like a present-day Jew. For example, in the Book of Esther, Mordecai, is described as a Jew living at Susa (Esther 11:2 1a; 2:5). In John’s Gospel 11:45, many of the Jews believed in Jesus. The four gospels are full of references to “the Jews”, and most often with pejorative overtones that have contributed to anti-Semitism.

But there were no Jews as we know them in biblical times. The mistake is in the anachronistic translation of the biblical texts. An anachronism is something out of harmony with the present or the past.

Bible translators and interpreters are anachronistic when they refer to persons living in biblical times as Jews. For example, in the New Testament, the Greek word ioudaios means Judean, and ioudaismos means Judaism, but not in our sense of Jewishness.

“Jewishness’, and those espousing it, “Jews”, don’t appear in history until after the fifth century A.D. People known as Jews today have their religion rooted in the Babylonian Talmud and its rabbinical structure, so that this form of religion dates to then, but not before.

The Talmud is one of the central works of the Jewish people. It is the record of rabbinic teachings that spans a period of about six hundred years, beginning in the first century A.D. and continuing through the sixth and seventh centuries. The rabbinic teachings of the Talmud explain in great detail how the commandments of the Law of Moses are to be carried out.

The vast majority of modern Jews, including Zionist Jews, are not Semitic people. They originated in Central Asia in the ninth century A.D., such as the Khazars, also known as Ashkenazi Jews. They were converts to Talmud-based Jewishness.

Sephardi Jews are the Jews of the Middle East and their descendants. Their origins are closer to the Israelites of the Bible. They come also from North Africa, Spain, Portugal and Asia.

In Israel, a little more than half of all Jews are descended from Israelites who have been in the land since ancient times. Most of the rest are Ashkenazi, descended from Jews who came to the Holy Land at various times as immigrants.

Although I am no expert in translating the Sacred Scriptures, it seems to me that the word “Jew” in the Bible should be translated either as “Judean” or “Israelite”, depending on the context.

“Judean” is the name for people living in the geographical region called Judea, where the Temple of the God of Israel was located, that is, in Jerusalem. “Judean” also referred to people resident outside Israel and in nearby cities with a high Israelite population, such as Antioch, Damascus and Alexandria. They followed the ancestral customs of Israel as practised in Judea. However, there were Israelites outside Israel who hardly followed the Judean customs, or not at all.

“Israelite” points to the offspring of the family tree of Jacob, renamed Israel, and of his twelve sons. “Israel” is the name both of a man and of his people, and of the land that they inhabited. It was the New Testament name for a people whom the Romans and the Diaspora Israelites called “Judeans.” “Diaspora” refers to the dispersion of Israelites throughout the whole known world at the time. They were expected one day to return to Judea. If they did not return, they became immigrants or resident aliens outside of Israel.

The Israelites where located in Judea and Galilee on the western side of the Jordan, and in Perea on the eastern side. So, Judeans, Galileans and Pereans were all Israelites.

My thinking along these lines has been influenced by the scholarship of Bruce J. Malina and John J. Pilch and their Social-Science Commentary, published by Fortress Press, Minneapolis.

PrevPreviousSaints Louis and Zelie Martin
Next“Jews” And “Greeks” – Part 2Next