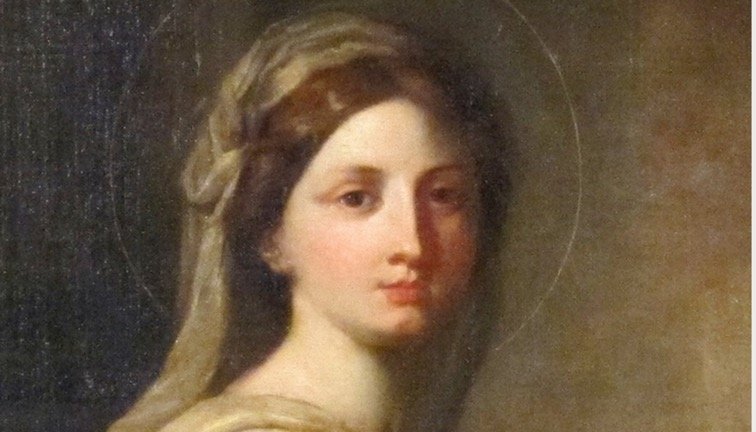 Saint Zita of Lucca
Adapted from the Franciscan Book of Saints; Marion A. Habig OFM

Zita was born in the Tuscan town of Lucca in 1218, during the days of St Francis. Her parents were poor, devout Christians; an older sister afterwards became a nun; and her uncle Graziano was a saintly hermit.

When she was twelve years old, Zita went to Lucca, eight miles from her home, to be a servant girl of the Fatinelli family which ran a prosperous wool and silk weaving business. Zita remained an employee there until she died forty-eight years later. Her daily work became a part of her religious life. She was known to say: “A girl is not holy if she is not hard working and productive.”

At the same time, she led a very prayerful and penitential life. She rose nightly for prayer; and attended the first Mass every morning. She often gave the good food she received to the poor, and lived on waste scraps or fasted. She wore only the poorest clothes and never put on shoes, even in winter.

For some years she h ad much suffering to bear from her fellow servants, who despised her way of life and insulted her repeatedly. Though she performed her work faithfully, her employers too were prejudiced against her for a time, and treated her as a common servant. But keeping in mind the suffering Christ, Zita bore these trials without complaint and never lost her temper or peace of mind.

Through her strong virtue of patience, she gradually overcame all opposition, and became the friend and adviser of the whole household, including the servants. Her master and mistress, realizing at last what a treasure they possessed in Zita, made her chief house-keeper and the children’s nurse. Being so humble, this embarrassed her even more than the insults she had to bear during the earlier years. However, she fulfilled her duties so well that the whole house hold was managed so much better as a result.

When her home town of Lucca was hit with harsh restrictions from 1231 to 1234, Zita used to go on foot into the next territory to attend holy Mass. These were dangerous trips at the time; but mysterious strangers befriended Zita on the way, and she was never harmed in any way.

During the later years of her life after she retired from most of her work, much of Zita’s time was spent visiting and helping the poor, the sick, and the prisoners.

Zita died on April 27, 1278, at the age of sixty while she was absorbed in prayer, with her eyes turned towards heaven, and her hands crossed on her breast. At the time, a brilliant star shone above her attic room. In 1696, four hundred years after her death, she was canonised by Pope Innocent XII.

Saint Zita, pray for us.