The Mercy of God And “Laudato Si” In Pope Francis and St. Francis Of Assisi – Part 1 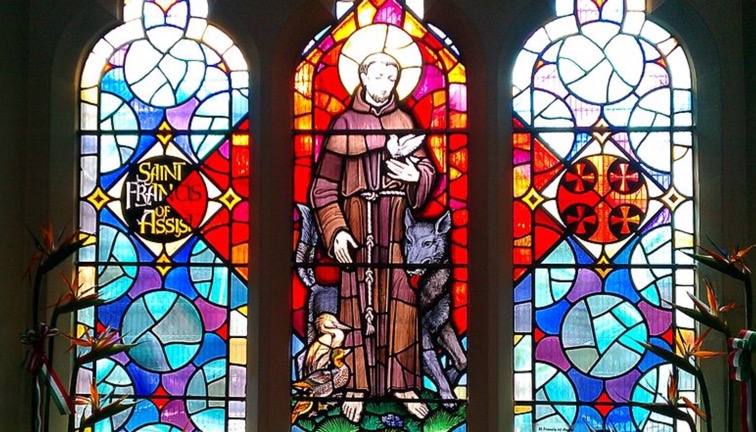 The Earth was created to support life and give praise to God, but it is crying out with pain because human activity is destroying it. These are strong words to begin our reflection, but it is the reason that Pope Francis wrote his Encyclical Letter “Laudato Si” – On the care of our common home.

Pope Francis chose the writings of his Patron to make sense of what is happening to our planet. He chose “the Canticle of the Creatures” because not only is it beautiful and the first poem written in the Italian language, but St. Francis’ ideals and perspectives are not only beautiful but blunt and clear.

The Canticle of the Creatures was written by St. Francis towards the end of his life. It was his Magna Carta of how he perceived God and the world.

Pope Francis begins his Encyclical “On the Care of our Common Home” with the opening line of St. Francis’ Canticle “Be you praised my Lord….” (Laudato Si)

The Pope states boldly that “a person cannot claim to respect nature while supporting, abortion and no one can claim to be Pro-life without a commitment to reversing damage done to the environment.”

“The earth our home, the Pope, says, “is beginning to look more like an immense pile of filth.”

Pope Francis recognizes that “sister earth” is crying out, pleading that the human race takes another course of action marked by healing and protecting the earth and ALL its inhabitants.

“Everything is related.” The Pope says, “And we human beings are united as brothers and sisters on a wonderful pilgrimage, woven together by the love that God has for each of his creatures and which unites us in fond affection, Brother Sun, Sister Moon, Brother River and Mother Earth.”

In the Encyclical, Pope Francis calls on every Catholic and on all people of Good Will to do their part in being environmentally friendly.

He urges all Catholics to return to the practice of saying Grace before Meals, a habit that reminds us regularly that the food we are about to eat is a gift that comes from the earth and from God.

The Pope insists: “A sense of deep communion with the rest of nature cannot be real if our hearts lack tenderness, compassion, and concern for our fellow human beings.”

He gives us practical examples such as: “It is clearly inconsistent to combat trafficking in an endangered species while remaining completely indifferent to human trafficking, unconcerned about the poor or undertaking to destroy another human being deemed unwanted.”

Pope Francis said: “I believe that St. Francis is the example par excellence of care for the vulnerable and of an integral ecology lived out joyfully and authentically.”

The Encyclical challenges the whole believing world to a process of ongoing conversion that is so essential to living the Gospel. There are certain themes that run through the encyclical that reveal his Franciscan connection and his Jesuit methodology. This will help to understand his overall message.

The Pope speaks forcibly about global inequality. He says: “The deterioration of the environment and society affects the most vulnerable people on the planet. The true ecological approach always becomes a social approach: it must integrate questions of justice in debates on the environment so as to hear both the cry of the earth and the cry of the poor.”

We are an integral part of God’s plane for the whole of creation.

We are meant for relationship with God, each other and the world in which we live.

Peace and all good things!

DISCUSSION QUESTIONS ON “LAUDATE SI” AND THE MERCY OF GOD
WITH POPE FRANCIS AND ST. FRANCIS

1. The name of Encyclical,  “Laudate Si” highlights the importance of St. Francis as an inspiration for the letter. From the Spiritual Message, which of the Saint’s attitudes do you find most engaging?

2. Over the last few years, there has been contention over the causes of global warming. The Pope says that while there other causes, the main one is human activity. What do you think? What can we do in our personal, communal, and social lives to address the causes of climate change?

3. St. Francis saw himself as a “universal brother,” one called to live in harmony with people and the world around him. How can we better reflect in our own lives as believers, as Franciscans, as citizens, as workers and consumers?

4. Did you find the Pope’s distinction between “nature” and “creation” helpful?

5. How might this encyclical cause us to read and interpret Francis’ Canticle of the Creatures in new ways?

6. Pope Francis emphasizes the importance of contemplation and describes several characteristics of work. Has your work been such an opportunity for you to integrate contemplation and action? As a Franciscan, how would you see yourself these values for others?

7. When you are being a consumer and buy products, are you conscious of the way the product has been developed? Has the development process respected the employment and the innate character of plants and animals?

8. Pope Francis speaks about a consumerist vision of human beings and that the pace of consumption, waste, and environmental change has stretched the planet’s capacity, which can only lead to catastrophies. How do you think we contribute to this situation?

9. As a Franciscan, why should I work for a world that is more just, where the poor have a voice and are able to find their own dignity, where they are able to acquire tools and knowledge necessary to escape their condition?

10. As a Franciscan, what is the most urgent need of our society, and how can I educate others in this regard?