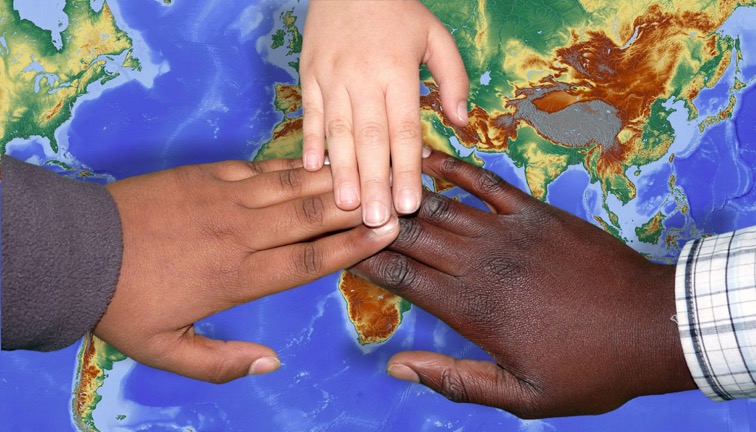 ‘I dream of a “missionary option”, that is, a missionary impulse capable of transforming everything, so that the Church’s customs, ways of doing things, times and schedules, language and structures can be suitably channelled for the evangelisation of today’s world rather than for her self-preservation.’

These challenging words from Pope Francis sum up the agenda for the 5th Plenary Council of the Church in Australia and perhaps we could use them for reflection in preparation for Chapters at both Fraternity, Regional and National level of the Secular Franciscan Order in Australia. St Francis was someone who was radically open to letting go and being guided by the Holy Spirit and we need to ask ourselves, are we? What is the Holy Spirit telling us are the essentials of the Secular Franciscan vocation? What are the gifts of our charism that we can share as a life-giving gift to others?

Rod Dreher, an influential Christian author from the USA, has proposed The Benedict Option as a way the Church should respond to an increasingly secular society. He suggests that Christian communities need to look at the example of the Benedictine monasteries during the “Dark Ages” and adopt an approach of disengagement and separation from the world around them so as to preserve and rebuild. This could be seen as accepting a “smaller and purer church” often associated with Pope Benedict XVI.

Other authors such as Fr Julian Carrón, leader of the Communion and Liberation movement, have proposed a renewed engagement with secular society. They see the secular world as an opportunity to spread faith through creative love not power. Fr Carrón’s approach calls for Christian to engage in evangelization through simply and imaginatively expressing Christ love for others in action and prayer. Similarly, Pope Francis has proposed that the Church radically re-engages with the world to both proclaim Gospel and more deeply encounter Christ in others.

St Francis of Assisi in the Early Rule proposed a two-fold way of being a missionary amongst unbelievers. The first was to be a humble Christian servant to all of creation. The second was to proclaim the Word of God when it pleased the Lord. The Franciscan movement, both friars and secular, were radical missionaries at home and abroad. They left the protection of the church environment to go out to the secular world, to where people were, to proclaim Christ’s presence in the world.

The Secular Franciscan Constitutions calls for members to “build up the Kingdom of God within the situation of this world: (Art 17.1), they are to act as “leaven in the environment they live” (Art 19.1). They are called to build up the Kingdom in “their life situation and temporal activities” (Art 3) Perhaps more challenging is that Secular Franciscans are called to live their vocation in both Church and society as an “inseparable reality” (Art 20.1) seeing all the world as mirroring the sacred. Unlike the Benedictine tradition, the Franciscan movement does not have cloistered monasteries in which to seek a permanent retreat from the world. The world is the cloister for Franciscans: it is where God is encountered and contemplated.

The Franciscan outlook on the world shares much in common with eastern Christian spirituality. Through the sacraments and “holy activity” we share in Christ’s mission to sanctify the world. This is a transformational process called “theosis” where Jesus is leading us and all of creation to completion: into a union with God. It is associated with the “kenosis”, the self-emptying, of Christ through his Incarnation and Passion. Jesus in the sacraments, especially in the Eucharist, continually gives himself to us and the world so that we may be transformed into His likeness and identify more with his life and mission. Our search for holiness is not an individual quest for salvation but a part of Christ’s transformation of all the world.

Francis never separated the divine from the lived reality of the church and society. He could acknowledge that Christ was present in the Eucharist regardless of the failings and faults of the priest. He also saw Christ reflected in all of creation as well as the sacraments. He was not silent about the role of religious and civil leaders when he believed that they were failing in their duties but the first person he continually challenged to conversion was himself. He was obedient to the Church but also creative in seeking new ways to proclaim God’s presence.

Today the presence of the Church in Australia has many contradictions. Mass attendance has fallen below 10% of the Catholic population yet over 500,000 Catholics are in Church every Sunday. Nearly half the congregation is regularly over 60 years of age but the Catholic Church runs over 1700 schools (over 65 have a Franciscan charism as part of their Catholic identity!) educating 20% of school students in Australia. The Catholic Church is the largest non-government provider of health and social services in Australia and one of the largest employers in the country. The Church in Australia has repeatedly shown it can still animate the largest number of volunteers to collectively work for the common good. About 23% of the population identify themselves as Catholic but are more likely to be found at work, home or at play than at church on Sunday. Do we just keep inviting them to church or do we bring the Church to them?

How might we better accompany one another on the journey of personal and communal conversion which mission in Australia requires?

How might the Church in Australia meet the needs of the most vulnerable, go to the peripheries, be missionary in places that may be overlooked or left behind in contemporary Australia?

How might we become a more contemplative people, committing more deeply to prayer as a way of life, and celebrating the liturgy of the Church as an encounter with Christ who sends us out to “make disciples of all the nations”?

How might we recast governance at every level of the Church in Australia in a more missionary key?

For more on the Plenary Council’s agenda see: https://plenarycouncil.catholic.org.au/

One of the images that St Bonaventure, the great Franciscan leader, theologian and mystic, paints is that we are lost in a large circle. We are trying to get our bearings about where we should go. What we don’t realize about the circle is that the centre is everywhere. The centre of the circle is Christ who on the Cross unites all contradictions and opposites: even life and death. If, like St Francis, we follow the path of the poor and Crucified Christ into the world we will find the centre of all things, Christ himself.

As Secular Franciscans, what does the “missionary option” look like for us in Australia? What from our tradition and charism do we take for the journey? What do we leave behind? What are the essential gifts of our charism? What gifts do we have to share with the Church and society in Australia today? Like St Francis was, how can we be missionary servants to the Church and Society?

Come, Holy Spirit of Pentecost. Come, Holy Spirit of the great South Land. O God, bless and unite all your people in Australia and guide us on the pilgrim way of the Plenary Council. Give us the grace to see your face in one another and to recognise Jesus, our companion on the road. Give us the courage to tell our stories and to speak boldly of your truth. Give us ears to listen humbly to each other and a discerning heart to hear what you are saying. Lead your Church into a hope-filled future, that we may live the joy of the Gospel. Through Jesus Christ our Lord, bread for the journey from age to age