“I Am The Light Of The World” 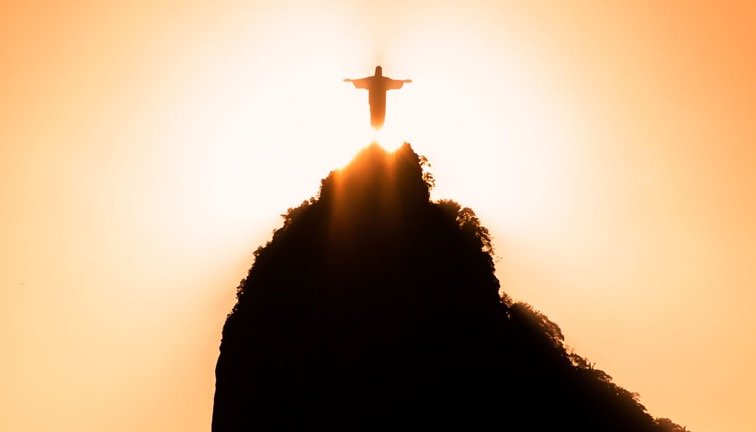 “God so loved the world that he gave his only Son so that everyone who believes in him may not be lost but may have eternal life.” The heart and the motive of the Christian Gospel is the child born in Bethlehem Jesus, the Son of God. We celebrate the Birth of this Child in Bethlehem at Christmas, it is a truly sacramental event, whereby Divine Mercy and the world meet and the result is salvation for all who come to believe in the Jesus Son of God. St Francis made visible the gift and mystery of God’s love displayed in the Incarnation through the simple gift of the Crib. In this event Francis saw both the humility of God the Father and the loving obedience of his Son, Jesus.

The Christmas Crib is a scene that speaks loudly of that “Light that came into the world” but came in a way that very few people expected especially King Herod. “The three wise men went to Herod and asked, “Where is the child who has been born king of the Jews?” When King Herod heard this, he was frightened, and all Jerusalem with him.” (Mt.2:2-3) Why would a powerful king be afraid of a child? In the meantime, we see Mary and Joseph silently contemplate their new born son in the lowly Crib and “The Word was with God and the Word was God… and he dwelt among us…”

The Child born was the “One through whom all things came to be…” This Child was to be to the Light of the world. The Angel Gabriel announced to Mary, “…And you shall name him Jesus…” Mary and Joseph took their child Jesus to the Temple. “It had been revealed to him by the Holy Spirit that he would not see death before he had seen the Lord’s Messiah. Guided by the Holy Spirit, Simeon came into the temple; and when the parents brought in the child Jesus… Simeon took him in his arms and praised God, saying, “Master, now you are dismissing your servant in peace according to your word; for my eyes have seen your salvation, which you have prepared in the presence of all peoples, a light for the revelation to the Gentiles and for the glory to your people Israel.” (Lk.2: 26-32) This proclamation by Simeon both authenticated and showed the world the Messiah and his mission.

In the Book of Revelation we read, “Then the One sitting on the throne spoke: “Behold I am making all creation new. Write this: “that what I am saying is sure and will come true.” And he said, “It is done. I am the Alpha and the Omega, the beginning and the end.” (Rev.21: 5-6) And to further supplement this “Light of the World” St Paul writes “He is the image of the unseen God and the first born of all creation, for in him were created all things in heaven and earth…Before anything was created, he existed and holds all things in being.”(Col.1: 15-17) Now look at the Christmas Crib, can you see in that tiny baby what God the Father had spoken about through the Prophets throughout Israel’s saving history? What do you see? The word ‘see’ is part of the key to the question. ‘To see’ is to do something and to do something does not always imply rapid movement. Wait for it, here it comes. In order to see we need light. But we must distinguish between the light that comes from the sun and the Light from God. This sun is a burning star. Starring at it can destroy parts of your eye. Sitting or working in the scorching heat without some protection is dangerous and you can get serious skin cancer. But this ‘Son’ does not give off dangerous rays. He is the Son of God who descended into the world of darkness “…yet the world did not know him. He came to what was his own and his own people did not accept him…” (Jn.1: 11-12) This Son came into the world as a tiny, helpless baby fully dependent upon its mother and earthly father for its care and nourishment. Phillip Yancey writes, “…what could be more scary than a new born baby with jerky limbs and eyes that do not focus? The king casts off his robes. Think of the condescension involved in the Incarnation? Which sliced history into two parts, it had more animal witnesses. Think, too, of the risk. In the Incarnation God spanned the vast chasm of fear that had distanced him from his human creation. But removing that barrier made Jesus vulnerable, terribly vulnerable.” (Graced Notes, p.408)

The Christmas Crib is a scene that unfolds in silence in the darkness of a world created beautiful but disfigured by sin. It unfolds in the light of the world and from this Crib the “True Light of the world” shines upon it and as we ponder on the scene of Jesus, Mary and Joseph, that true light shines into our hearts. When the Crib is set up in your church take time to stop and silently reflect on what this scene really re-presents and represent for us today. Can we still be “astonished today” as were the people who saw this God-Man, Jesus, work miracles? As we see him in the Crib, as a tiny helpless baby nursed by his mother Mary and protected and loved by Joseph, what do we think about?

There is something about being Divine that is unusual to us human beings, what is it? Can you guess it is very obvious? It is that Father, Son (before his Incarnation) and Holy Spirit in their divine essence do not have bodies like ours. Phillip Yancey writes, “I have sometimes pondered the “disadvantages” of infinity. A physical body freed Christ to act on a human scale, without those disadvantages, (i.e. being a Pure Spirit). He could say what he wanted without his voice blasting the treetops. He could express anger by calling Herod a fox…searching for a bullwhip in the temple rather than shaking the earth with is stormy presence. And he could talk to anyone- a prostitute, a blind man, a leper without first having to announce “Fear not.”(Graced Notes, p.408) Go forth you have the light of Christ in your hearts show this Light to others, who may be living in the valley of darkness.