Francis, Teach Us to Pray – Part 3 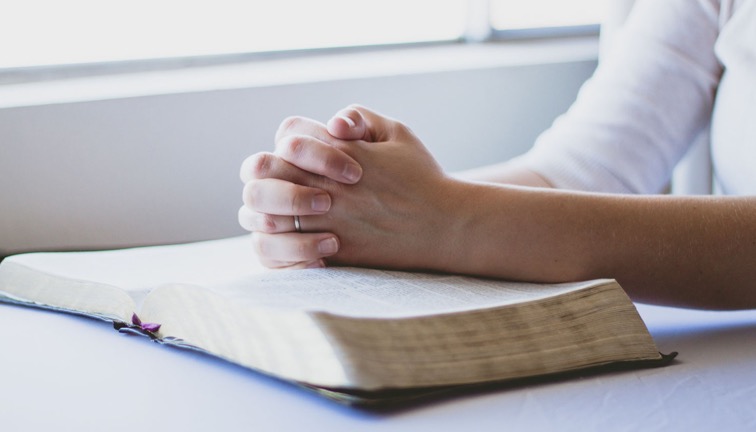 “Francis Teach us to Understand.”

From the moment of his mystical experience of the crucified Christ[1]until his stigmata on La Verna and even to his transitus from this world, Saint Francis’ inner vision and personal relationship with Jesus Christ focused his attention on the supreme act of love shown by Jesus Christ on the cross.[2]

This inner transformation also prepared Saint Francis, in the immediate reality, for the next dramatic moment in his life when Christ gave Saint Francis his mission, speaking clearly from the San Damiano Cross:

“Francis, go and repair my house
which, as you see, is all being destroyed.”[3]

Saint Bonaventure does something beautiful at the beginning of this text. He puts it into an ancient, romantic, biblical context. The opening words to this event are from Genesis 24:63. Saint Bonaventure’s grasp of Scripture is phenomenal; his use of it is inspiring. He begins this third meeting with Christ with the words: “One day when Francis went out to meditate in the fields.” In this, he is preparing us for something unique. Let us look at the Genesis text that tells us about the first encounter of Rebekah and Issac:

Now Isaac went out to meditate in the fields as evening fell and looking up saw camels approaching.
And Rebekah looked up and saw Issac. She jumped down from her camel and asked a servant,
“Who is that man walking through the fields to meet us?”The servant replied, “That is my master;
then she took her veil and hid her face. The servant told Issac the whole story,
and Issac led Rebekah into his tent and made her his wife.

Saint Bonaventure has placed the moment of Saint Francis and the San Damiano Cross, within the context of a mystical marriage. A meeting with Christ, who is the bridegroom of the soul?[4] In Chapter Three, Saint Bonaventure will go even further than marriage and tell us that Saint Francis became pregnant with the Gospel. Let us look at the text:

While her servant Francis was living in the church of the Virgin Mother of God,
he prayed to her who had conceived the Word full of grace and truth,
imploring her with continuous sighs to become his advocate.[5]
Through the merits of the Mother of Mercy,
he conceived and brought to birth the spirit of the truth of the Gospel.

Let me repeat, Saint Bonaventure in his love for triple coincidences gives us three sequential experiences for Saint Francis at this time in his life:

In this third moment, Saint Francis is given his mission – restore the Church. All Franciscans are given their mission – RESTORE THE CHURCH! St Francis, of course, does not at the time understand the universality of that mission. In his simplicity, he thinks the Lord wants him to restore the broken down chapel of St Damiano. However, by the time he begins to write down his Rule in 1221 and finally presents it for approval in 1223, he becomes the first founder of an Order in the Church to include a section on missionary activity.

Sometime before 1239, an anonymous friar[6] wrote an allegory offering insights into Francis’s vision of poverty, this mythical story called the Sacrum Commercium weaves a rich tapestry of images held together by a strong biblical theology.[7] During this conversation with Lady Poverty, we have a bold assertion by the friars who are giving Lady Poverty hospitality that the monastic enclosure does not bind them, rather their cloister is the whole world.

After enjoying a very quiet and healthy sleep,
[Lady Poverty] quickly arose and asked the friars to show her the enclosure.
Taking her to a certain hill, they showed her all the world they could see and said:
“This, Lady, is our enclosure.”[8]
(The Sacred Exchange 63)

The command “Go repair my Church!” sends Franciscans out as missionaries to the whole wide world.[9] But we are sent not just to the foreign missions, but into the secular society (the towns and cities) in which we live and work – this is our mission. The theology of the Sacrum Commercium tells us that all Franciscans are Secular Franciscans! They are not bound by a vow of stability to the monastic cloister.[10] Its theological identification of the cloister with the world is a refutation of religious life as a separation from society and as a negative view of earthly reality.[11]

Perhaps that is the irony of the situation we find our selves in today. Many elderly Secular Franciscans liked being called “Third Order of St Francis” – they saw themselves as quasi Religious, living their life of devotion as a personal and private commitment to the Lord with little or nothing to do with everyday social life in our secular society. Quite often, these members of the Third Order did not even share what being a Franciscan meant to them with their own families. They never had a conversation with their family and friends about the Franciscan vision. So their children’s understanding of it all was: “It was just mum doing her own thing. That’s why we have a birdbath in the back yard, mum liked to feed the wild birds. It reminded her of Saint Francis.”

Today we are called “The Order of Secular Franciscans.” We understand that the whole secular world is sanctified by Christ’s death on the Cross. Our towns and cities, our streets and homes are redeemed by Christ! It is beautiful! The word “secular” tells us clearly what and where our mission field is – the secular society in which we live; the parish to which we belong. We are part of the largest lay order in the Church, which is waking up to its proper role in society. This is why at the last Chapter in 2019 we decided to close down Project Adoption, which focused only on two charities in India, as our National Charity. We want to begin a new National Charity called “The Secular Franciscan Mission of Australia,” which will allow us to assist the poor anywhere in the world even in Australia. It is a much broader vision; a more universal and Catholic sense of Gospel Fraternity.

[1] LM Ch. 1: No. 5
[2]2Celano 105: “I know Christ, poor and Crucified.”
[3]LM Ch. 2: No. 1
[4]If St Bonaventure is saying this, then everytime we come into the presence of the San Damiano cross, we are attending a wedding. How beautiful is that? We are reminded that Christ is the bridegroom of our soul. Also, just consider for a moment, as in a glimpse or hint of an idea that San Damiano is going to be the convent where St Clare is going to live for the rest of her life.
[5]The whole Franciscan Order is a Marian Order, just as much as any other Order that claims the Blessed Mother as advocate. St Bonaventure says here she is the Virgin of Mercy, this mercy flows out of her compassion for us. The Blessed Mother’s love is a higher form of love. Compassion sees the truth, but goes on loving us poor sinners. However, the Blessed Virgin Mary is Patron of the whole Franciscan Order today as The Immaculate Conception.
[6]Some suggest it might have been St Anthony because of the biblical mastery. However, St Anthony died in 1231.
[7] From the Indroduction of “The Sacred Exchange between St Francis and Lady Poverty” (written anonymously 1237 -1239) The Saint p. 522.
[8] Footnote a. which is attached to this text from The Saint can be found on page 552. It reads: a. Whereas poverty in the monastic world was limited to its pursuit in the confines of the enclosure and demanded their stability, that of the friars envisioned no barriers and enabled them to travel throughout the world. Commenting on this new approach to religious life and subsequent evangelization, Matthew Paris made a similar statement of the Friars Preacher: “The whole earth is their cell and the ocean is their enclosure.” Cf. Lester K. Little, Religious Poverty and the Profit Economy in Medieval Europe (Ithaca:Cornell University Press, 1978), 218. (It is unusual to quote a footnote in a footnote but I want to make a point: Because of their commitment to Poverty the friars are free to be missionaries, evangelisers like St Anthony and St Bernadine of Sienna.
[9]The Franciscan Friar, Giovanni da Pian del Carpine, as the legate of Pope Innocent IV, set forth on Easter Day the 16th of April 1245 from Lyon, where the Pope then resided. Giovanni was sent on a 4,800Km journey to see the Great Khan of the Mongol Empire. Giovanni was present in China on the 24th of August 1246 when Güyük Khan was enthroned as Emperor. At his presentation to the new Great Khan friar Giovanni was given a letter from Güyük to the Pope. In November 1246 he began the long winter journey home to Europe. Giovanni reached Kiev on the 10th of June 1247 and the Slavonic Christians welcomed him as if he had come back from the dead.” He had been gone 2years.
[10]This statement is made for emphasis. It is not technically correct for the Poor Clares who do have a monastic cloister.
[11] Introduction “The Sacred Exchange between Saint Francis and Lady Poverty.”The Saint. p 524.