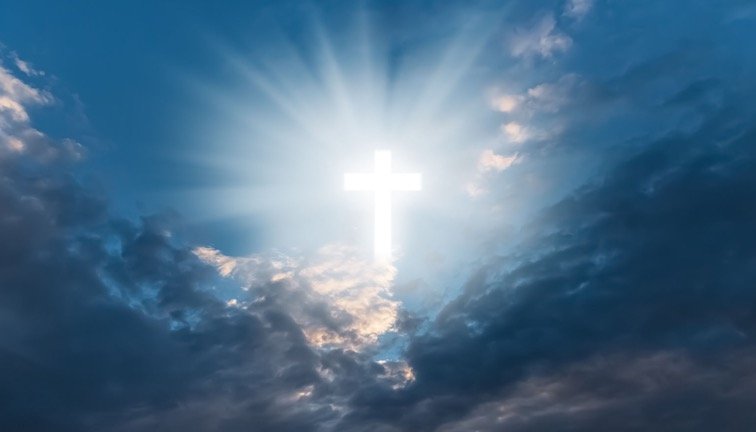 After Jesus Christ, next in the line of priorities in God’s plan was the one who would be the most perfect of all those that are entirely creature, the person who would be the means whereby God the Son would become genuinely human. Mary, the mother of Jesus, was the next receiver and giver of love in the order of God’s plan.

Then God foresaw in the line of priorities others capable of receiving and giving his love after the manner of Jesus and Mary, and he planned for each of us personally, He planned the entire universe to sustain us: animals, plants, minerals, all intended to contribute to building up the perfect one, Jesus Christ, the whole Christ. St Paul sums up the unity of the whole plan: “The world, life and death, the present and the future, are all your servants (he is speaking to Christians), but you belong to Christ and Christ belongs to God” (1 Cor 1:23).

Love, God’s love, is the reason for everything. Love started creation; love keeps it  going; love makes the world go round; love brought Jesus into the world in poverty and sent him out on the cross and accounts for his sacramental continuance; love explains why we are alive; we were made to receive God’s love and to give it, with Jesus and Mary.

We Make a Return of Love

There is a number of distinctive features in the Franciscan vision of Jesus Christ and in the whole Antiochean tradition of theology. They all spring from the understanding of the reason why God chose to create anything, and the prime place of Jesus Christ in God’s plan. The first feature, obviously, is the importance of love as distinct from intellectual knowledge.

To know God and. his Son, Jesus Christ, is very necessary and a great blessing. The other main stream of Christian thought, which originated in Alexandria, considers that man’s highest form of existence is contemplating God, with the emphasis on knowing God. This stream of thought, prayer and life is widely represented in the modern Church and is fostered with great benefit to the Church by many Dominican and some Jesuit masters.

But the Franciscan is convinced that knowledge is only a step on the way to love; man’s highest form of existence is in loving God. The Franciscan is strongly inclined to this position by the insight and manner of life of St Francis. He constantly emphasized the goodness of God, and his response to such overwhelming goodness was love. St Bonaventure exhorted all to desire to know God, but only so that we may proceed to love him. John Duns Scotus, who gave the clearest presentation of the Franciscan vision of Jesus Christ in God’s plan, sums it up: “It would profit little to contemplate God unless in contemplating we love him.” We are reminded that Lucifer has a greater knowledge of God than any man ever had, and he contemplates God with implacable hatred.

The importance given to love has had a deep influence on the Franciscan approach to God through Jesus Christ. The Franciscan way tends to be more practical than speculative, more active than reflective, more mystical than rational, rooted in love rather than in fear of God. The simplicity and childlike trust of St Francis still permeates our Franciscan activity to the extent that we resemble him. Works of love come first, reflection later. Our prayer tends to be affective (the heart speaks) rather than intellectual (the mind speaks).

If God decided to create the whole Christ because he wanted persons to receive and to give his love, then for a Franciscan the whole meaning of human existence is realized in responding to God’s love, in loving what God loves, after the example of the model lover, Jesus Christ.

We Give the Humanity of Jesus Christ its Proper Value

The Franciscan vision sees the order of things from God’s point of view revealed to us. From this viewpoint, men and women, beginning with the first man and woman, take on the likeness of the humanity of Jesus Christ that God had in mind before anything existed. When God the Son assumed humanness as planned and Jesus Christ lived and died, then the identity of men with the perfect man became evident.

St Francis did not express what Jesus Christ meant to him in precisely the words that we have used. The theological expression of his vision was perfected after his time. St Francis acted on the lights he received from constant reading and meditating on the word of God in scripture. His intuitive insights were systematized by Franciscan theologians. What really matters in all this is that St Francis had Jesus Christ, the whole Christ, at the centre of his life, his writings and the way of life he proposed for those who were attracted to him. St Francis’s Christ was fully human, like us in all things except sin. St Francis’s whole Christ, the Church, is also fully human, and in its present formative and imperfect state, sin is not excluded, but the Saint refused to be scandalized by the Church’s human weaknesses.

St Francis and all Franciscans since who have shared his vision and acted accordingly have helped to focus the piety of the Christians on the humanness of Jesus, not forgetting his divinity. On the other hand, the Alexandrian stream has focused Christian piety on the divinity of Christ and did not forget his humanity. We can see how ideally both streams of Christian theology and living complement each other. Unfortunately, since the Reformation and especially in the twentieth century, the Antiochean or Franciscan stream has been far too much ignored in Catholic Christianity, but was largely restored to its proper prominence in the theological thinking behind Vatican II.

St Francis submitted his whole being to this Son of God, this humble love-torn man, and paid him the tribute of imitation. St Francis did it his way. Each of us is invited to do it our way.