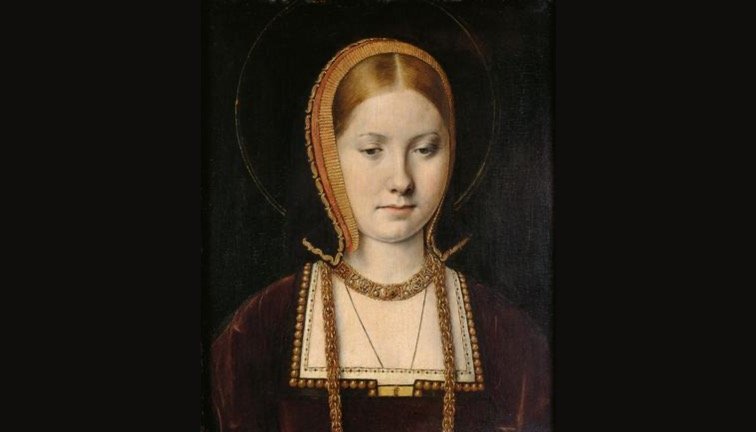 THE SERVANT OF GOD CATHARINE, QUEEN OF ENGLAND
Adapted from the Franciscan Book of Saints; Marion A. Habig OFM

Catharine was raised in a holy and God-fearing family. At the age of sixteen she was married to Arthur, the eldest son of King Henry VII of England. Her husband Arthur died within five months of their marriage. King Henry then urged her to become the wife of his second son, Henry.

Meanwhile King Henry VII died, and his son ascended the throne as King Henry VIII. Soon afterwards he and Catharine were married. She was then crowned as queen of England. But Catharine found little delight with such dignity.

She always arose early in the morning, dressed herself as simply as her rank permitted, and wore the robe of the Third Order of St. Francis which she had joined some time previously. Every morning she attended holy Mass and spent several hours in prayer. Every week she received the holy sacraments, and fasted rigorously. At times she ate nothing except bread and water. Catharine was also a devout mother and took great care in educating her five children.

But King Henry had no interest in the holiness of his wife; rather, he gave himself up to all the gratifications of a luxurious life at court. He even conceived an adulterous affection for a young lady at court named Anne Boleyn. This affair caused great sufferings for Catharine. Henry now developed a dislike for his pious queen. His intention was to marry Anne Boleyn, and so he began to allege that his marriage to Catharine was invalid.

After a careful investigation of the matter, Pope Clement VII declared the marriage of the king to Catharine was valid and insoluble. King Henry then renounced his allegiance to the Catholic Church and declared himself the head of the Church in England. Priests and people who were unwilling to admit to his authority were executed or sent into exile.

Catharine was then discarded by Henry, who himself went ahead and married Anne Boleyn. Separated from her children and laughed at by the royal household, Catharine retreated to a secluded spot, where she was sometimes deprived of the basics to survive. Because of the persecution of the priests, she did not even have the comfort of the holy sacraments.

Although crushed with grief, Catharine, nevertheless, bore it all with the most perfect conformity to the will of God until the year 1536 when she died from cancer.

Servant of God Catharine, Queen of England, pray for us.