Was St Francis Born In a Stable? 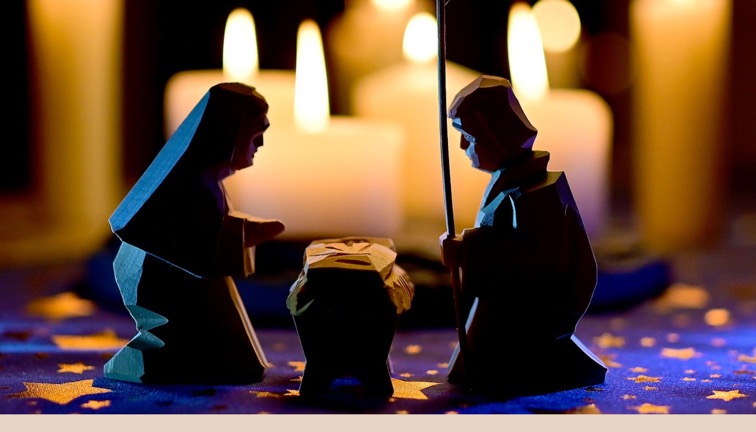 The main argument against St Francis being born in a stable is called by some, “The Stable Fable.” They argue that in 1385, Br Bartholomew of Pisa began writing a book about the coincidences between the life of Christ and the life of St Francis. The Book of Conformities[1] sometimes even stretches the point to make a comparison. So, it is argued, that it is amazing that Br Bartholomew does not mention St Francis being born in the family stable.

Was it a later invention? Is it just possible that The Book of Conformity itself, once published, gave rise to this story about the birth of St Francis? Had the story been retained in local memory, but not talked about? There were many early memories of St Francis written down by the friars and handed into the Minister General for a Life of St Francis. This was requested as part of his Canonization process. The First Life of St Francis was by Br Thomas of Celano, and he followed a traditional “from sinner to saint” storyline. In the years following the Canonization of St Francis, more information was handed in, culminating in the Major Life written by St Bonaventure.

There were so many sources available that, at the General Chapter of Pisa in 1263, the Major Legend of St Bonaventure was accepted as the official Life of St Francis for the Order and other sources were discouraged. Three years later, at the Chapter of Paris in 1266, the friars went one step further and ordered that all the other lives of St Francis were to be destroyed.[2] Can we, therefore, say that Br Bartholomew of Pisa, 100 years later in 1385 did not go looking for more sources? Let me point out that St Francis and Jesus share one more coincidence: We don’t know the actual date on which either of them was born. It did not seem important for the early Christians or the early friars to make a note of the exact day and year.[3] The only date we have for St Francis’ birth is either 1181 or 1182, most probably in the spring or summer since his father was away at the time.

It would seem that no one asked St Francis’ family when was he born, or when was he baptised.[4] Francis had a younger brother called, Angelo. We hear of him in 2Celano, 12: “His brother according to the flesh, like his father, pursued him with venomous words.” The Legend of the Three Companions, 23: tells us the story of Angelo mocking Francis to a friend by saying, “Ask Francis to sell you a few cents worth of sweat.” Hearing this, Francis replied to his brother in the French language, “I will sell my sweat at a higher price to my God!” We find an “Angelus Pice” (possibly Angelo) mentioned in two public documents in 1215. It is possible that St Francis’ father Pietro may have died in 1215 and Angelo inherited his property.

The Family Tree: Surnames came into being in the 13th Century. Francis’ grandfather was Bernadone, a first name. St Francis’ father was Pietro di Bernadone (Son of Bernadone); he was a wealthy cloth merchant and put his money into houses in Assisi and fields near Panzo in the foothills of Mt Subasio between Rivo Torto and San Pietro della Spina. In Assisi, he may have had three houses, and each has laid claim to being his home.

Tradition says that his main house was where the Chiesa Nuova (New Church) is today. Part of this house was incorporated into this church building. It is believed to have been a home and a workshop. Outside of this house/church today there are statues of St Francis’ parents, Pietro Bernadone and Lady Pica.

The other house or property of the Bernardone family included a stable and it was just a few meters down the road from the Chiesa Nuova. It would seem that Angelo inherited both these houses in 1215. It is possible that Angelo died in 1253 because in 1253 St Francis’ nephews divided their inheritance. Giovenetto took the Chiesa Nuova[5] and Piccardo took the Stable. It would seem an unfair distribution of assets if the stable did not come with a house. Could this property have been the actual home of the Bernadone family when St Francis was born?The Piazza of the Commune was widened in 1229. To do this, the Municipality of Assisi confiscated and demolished houses on the lower side of the Piazza. The owners of the demolished houses were compensated by taxes on those whose houses now were in a better position. Among these were the houses of Giovenetto and Piccardo (Francis’ nephews). Piccardo was still living at the house with the stable in 1281. We also know that he had joined the Brothers and Sisters of Penance.[6] It is said that as a Tertiary, Piccardo eventually made the stable into an Oratorio (a Chapel of prayer without the Blessed Sacrament).

So what does the story of the stable tell us? A pious tradition arose about the Stalletta (stable) saying that this was where St Francis was born. The story goes that Francesco (St Francis) was the first child of Lady Pica. Her husband was away in France on business. She was in labour, but could not give birth to the child. Then a Prophesying Pilgrim came to the front door of the house saying to a servant that the child would not be born until the Lady of the House went to the stable to give birth. Invoking the aid of the Blessed Mother, Lady Pica asked to be taken to the stable. The servants hurriedly prepared the place as best they could and there, by candlelight, among a fresh bundle of golden straw, Francis was born. It is a beautiful story, and with a spirit of prayer and devotion we want to believe it and go into the Stalletta, but the Scholars have set Br Bartholomew of Pisa in the doorway and don’t want us to go in.

The earliest text for this stable story would seem to be the “Liber Exemplorum.” The critical edited text is by L. Oliger, Antonianum, 2 (1927), 262/3., and he says the “Liber Exemplorum” was written about 1273. If the dating is correct, then the story is much earlier than the work of Br Bartholomew in 1385. According to a Nicholas of Assisi[7], who claimed to live in a house adjacent to the Bernadone Family, his mother told him this story when he was a boy, adding to it a statement that “two babies would be born in Assisi that day: one would be among the best and the other among the worst.” This, “the worst” is most probably a negative reference aimed at Br Elias of Cortona, who was the Vicar of St Francis. He was born circa (around) 1180 at Brevilia near Assisi. He was considered the “Judas” of the Franciscan Order and received, shall we say, extremely bad press reports.

Lady Pica[8] had the baby baptised in the font[9] that is now in the Cathedral of San Rufino. She called him Giovanni. When Pietro Bernardone came home from France, he nicknamed his son Giovanni –  Francesco.

[1] Bartholomew of Pisa, “De Conformitate Vitae B. P. Francisci ad Vitam Domini Nostri Jesu Christi.” The work was begun in 1385 and approved by the Order in 1399.

[2] It was believed that every copy of 1 Celano had perished because of this order from the Chapter of the Friars. Fortunately, one copy was found by a Capuchin Friar when a Monastery in Southern France emptied some of its library into a street stall at a local market. That copy is in the General Library of the Capuchins in Rome. (I have held it in my hands)

[3] Christmas Day, 25th of December was chosen for Christ’s birthday about 300 years after the death of Christ.

[4]He was baptized in the Font that may have been in Santa Maria Maggiore at the time, but was later and is now in the cathedral of San Rufino. Fortini says that baptism was by immersion and usually done on the vigil of Pentecost. Pentecost fell on May 24th in 1181; May 16th in 1182 and June 5th in 1183. However, the record of his baptism seems to be lost. It would give us a better date for the birth of St Francis.

[5] In 1335 the Chiesa Nuova was in the hands of Ceccola (o) Angelo’s granddaughter or grandson.

[6] Tbe Brothers and Sisters of Penance, is the earliest name of the Third Order of St Francis, called the Secular Franciscan Order since 1978.

[7]We do not know who this Nicolas was.

[8] Lady Pica, a name which can mean “Magpie” was, actually called “Giovanna” according to the “Vita Anonyma Bruxellensis.” The specific text for this is: Revue d’Histoire Ecclesiastique, RHE, Vols 8-10 (1907-1910). For names Giovanna and Pica, cf. pp. 286,290. Cfr. Bibl. EBB – A215. There are no instances of the nickname “Pica” in the Assisi Archives from 13th to 15th centuries. This text also says she was from Picardy in France. It is interesting that “the northern towns of Picardy were a major source of dyes for the city of Ypres and other places.” Picardy was also heavily involved in the fairs of Champagne. The fact that Angelo, St Francis’ brother, named his first child “Bonagrazia” (Good Grace) to rejoice in her birth but then named the last two of his children Giovanetto and Piccardo would tend to strongly suggest a connection to Lady Pica their grandmother. Given Pietro Bernadone’s penchant for nicknames and love of all things French, “Pica” may well be his nickname for his wife from Picardy.

[9] This same font would see the baptism of St Clare, who was born on the 16th of July 1194, and the baby Emperor Frederick II, born on the 26th of December 1194. However, Fortini says Frederick II was 3 years old when he was baptised in 1197. Over 600 years later, on the 1st of March 1838, the same font served for the baptism of Francesco Possenti – baptized on the day he was born – who joined the Passionists and became St Gabriel of Our Lady of Sorrows.