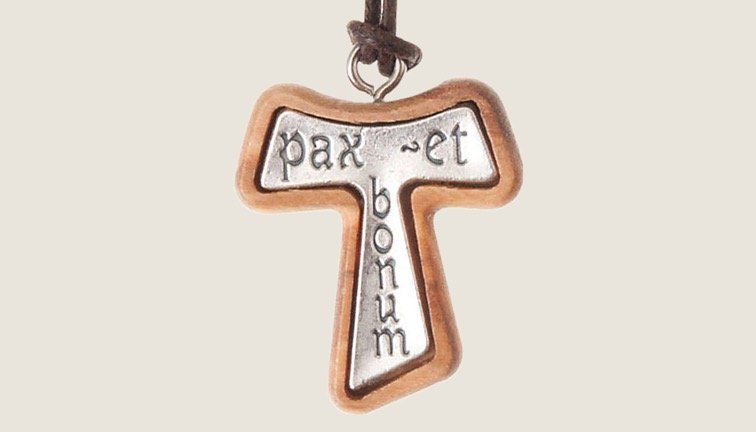 Peace is not simply the absence of War.
It is an opportunity for Good to flourish.[1]

War demolishes cities, towns, and farms in minutes, days, and weeks. What took so much effort, months and years to build and develop is destroyed in no time at all! We have tried to civilize warfare and often miss the reality of how widespread the destruction actually is, including farms. [2] The Geneva Conventions have a long list of warfare prohibitions, including not destroying agriculture. Wow! I did not know that, and I’ve been watching war movies all my life. I have yet to hear a General remind his troops not to blow up farms, kill cattle and eat the chickens.[3]

But who is watching? Who is recording? Who is listening when the bombs are falling, when the rockets are launched? Reporters? Yes, the Geneva Convention protects Reporters[4] and Chaplains.[5] Tell that to the Orthodox Priest in Ukraine who confronted Russian soldiers with only a Cross[6] and was immediately shot.

During Visitation to a Secular Franciscan Fraternity earlier this year, we were searching for ideas and ways in which the fraternity could become more involved in the parish to which it belonged as a fraternity. One person mentioned how useless the United Nations Assembly seems to have become. That person is not alone among Secular Franciscans in making such a comment. However, considering the War in Ukraine, our support of Franciscans International has become a vital commitment. Franciscans International allows the Franciscan Family to feed information directly to the UN.

We gather knowledge at a local level. For example, the OFM Franciscans have about 60 friars in Ukraine in 17 friaries. The Capuchin Friars have 36 friars in Ukraine in 7 friaries, with over half of these friars being Ukrainian and the rest Polish. The Conventual Franciscan Friars have two friaries east of the Dnipro River near conflict areas. They have three friaries in the west of Ukraine that are flooded with refugees and friaries across the border in Poland and Romania that are taking refugees. There are also Secular Franciscans in Ukraine. One of them is on the OFS International Council. In March 2022, the “Secular Franciscan Mission of Australia,” our national charity, raised over $7,300, which was sent to CIOFS in Rome to assist members of the Secular Franciscan Fraternities in Ukraine. So, Franciscans International is of great value.

Let us focus on something more critical, the role and mission of the Secular Franciscan Order in the Church and the world. I fear that some pious Seculars would like to reduce the Order to merely a devotional association – a prayer group. They would like to go back to being called “The Third Order of St Francis,” where the priests are comfortably in charge of everything, and they can sit and dream in the evening sunlight of their old age.

In this, they naively thwart the vision of the Church for the mission of the Secular Franciscan Order in our ever-increasing secular society! Yes, the OFS is a fraternity dedicated to prayer. Still, it is also supposed to be a dynamic fraternity dedicated to serving others. This service is first to the Church and then to the secular society in which we live. Its very name, “Secular,” is its mission! It is meant to be a gospel influence amid a community that has become ever more self-serving and self-opinionated, a world bound together by mass media, economic hegemony, and political powers.

Wake up! We live in a time when like no other in history, people worldwide have to bear a crown of awareness of what is happening in the world. Humanity now wears a crown of thorns, carried so long ago by just one man alone – upon the Cross. Without understanding his sacrifice and without the gospel message, we shall fall into a bottomless pit of depression. Without Christ, the blind lead the blind towards a long-hoped-for journey among the stars. Without Christ, we will take Sun Tzu’s “The Art of War”,[7] Machiavelli’s “The Prince”[8] and the devil himself with us out into the universe.

In abrogating[9] the previous Rule of what was formally called the “Third Order of St Francis” and approving the Rule of the Secular Franciscan Order in 1978, Saint Pope Paul VI declared: “We are happy that the “Franciscan Charism” today is still a force for the good of the Church and the human community, despite the infiltration of doctrines and tendencies that alienate people from God and from the supernatural.”

“Witnessing to the good yet to come
and obliged to acquire purity of heart
because of the vocation they have embraced,
they should set themselves free
to love God and their brothers and sisters.”[10]

The Secular Franciscan Rule is one of the best fruits of Vatican II. It comes out of Lumen gentium[11] and Apostolicam actuositatem.[12] These two documents, deal clearly with the mission of the laity in the Church. They carry the hope of a better world, placed firmly in the laity of the Third Order of St Francis by a succession of eight tertiary popes, and now found in the Rule of the Secular Franciscan Order.

This “new” Rule of the Secular Franciscan Order, the “old” Rule having been abrogated, is the culmination of a vision of the Holy See that the Franciscan Family is to be a leaven in the midst of this secular world, the society of men and women and their politics. Absolutely, and without bias, the Church sees in the Secular Franciscan Order the seeds of a prosperous new vision, the longed-for hope of a Civilization of love dawning in this new age.

Secular Franciscans, together with all people of goodwill,
are called to build a more fraternal and evangelical world
so that the kingdom of God may be brought about more effectively.
Let them exercise their responsibilities competently
in the Christian spirit of service.[13]

[1] This is the very meaning of “Pax et Bonum” (Peace and all Good). In the popular mind “Peace is simply the absence of war!” This is too narrow a concept of peace which is circumscribed by “War”!  Rather, peace is an opportunity for the flourishing of a “civilization of love” so expressed by Saint Pope Paul VI and fused by him into the mission of the Secular Franciscan Rule.

[2] Just in case you did not get that the first time, Article 14 of the 1977 Additional Protocol II states: Starvation of civilians as a method of combat is prohibited. It is therefore prohibited to attack, destroy, remove or render useless, for that purpose, objects indispensable to the survival of the civilian population, such as foodstuffs, agricultural areas for the production of foodstuffs, crops, livestock, drinking water installations and supplies and irrigation works.

[4] As civilians, journalists are protected in times of non-international armed conflict by Article 3 common to the four Geneva Conventions, Additional Protocol II and customary international law.

[5] Article 9 of the 1929 Geneva Convention provides: “… chaplains attached to armies shall be respected and protected under all circumstances. If they fall into the hands of the enemy, they shall not be treated as prisoners of war.”

[1] Fr. Rostyslav Dudarenko raised a cross over his head as he tried to confront the invaders. Then he was shot dead. https://aleteia.org/2022/03/25/details-emerge-of-russian-killing-of-priest-in-ukraine/

[7] “The Art of War” (5th Century BC) is all about warfare and how to apply military strategy and tactics to win a battle.

[8] “The Prince” (16th Century) is all about recommending that the aims of politics can justify the use of immoral means.

[9] To abrogate means to: repudiate, revoke, repeal, rescind, overturn, overrule, override, do away with, annul, cancel. This means that the old Rule is done away with. Something that some people do not seem to understand, which is why I added so many synonyms to this explanation.

[11] Translates as “Light of the Nations” No 34: “The laity, dedicated to Christ and anointed by the Holy Spirit, are marvelously called and wonderfully prepared so that ever more abundant fruits of the Spirit may be produced in them. For all their works, prayers and apostolic endeavors, their ordinary married and family life, their daily occupations, their physical and mental relaxation, if carried out in the Spirit, and even the hardships of life, if patiently borne—all these become “spiritual sacrifices acceptable to God through Jesus Christ”.(199) Together with the offering of the Lord’s body, they are most fittingly offered in the celebration of the Eucharist.”

[12] Translates as “Apostolic activity of the people of God” – “The Laity.” “They exercise the apostolate in fact by their activity directed to the evangelization and sanctification of men and to the penetrating and perfecting of the temporal order through the spirit of the Gospel.”